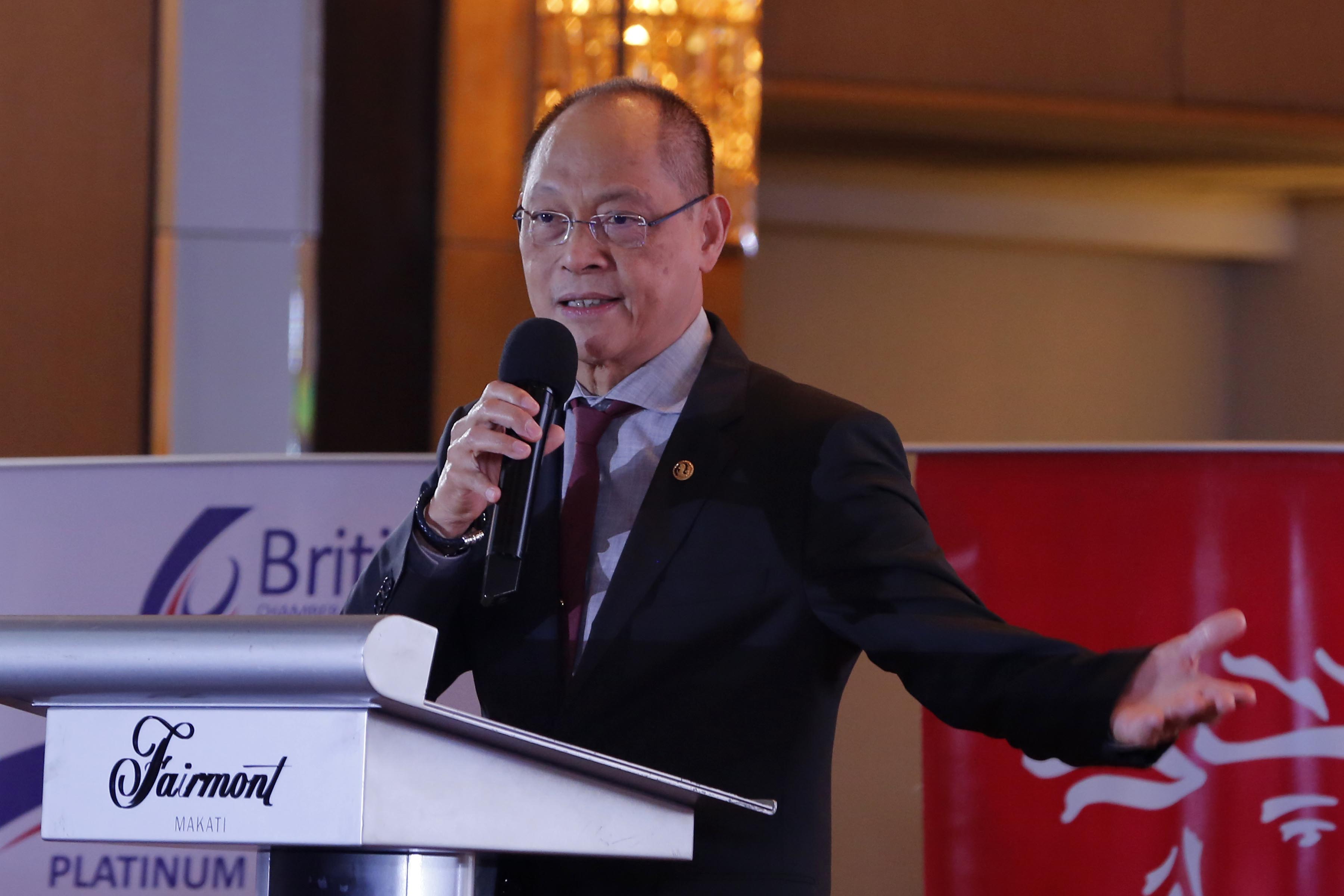 MANILA, Philippines – Budget Secretary Benjamin Diokno said he is not concerned over the government’s capability to fund its over P8-trillion infrastructure program in the next 5 years, as it expects an additional fiscal space of P500 billion.

Diokno said the amount is a combination of the increase in the deficit to gross domestic product (GDP) cap, and the expected revenue gain from the proposed comprehensive tax reform program. (READ: EXPLAINER: Senate, House versions of the tax reform bill)

“As far as infrastructure is concerned, there will be no problem with the budget. We are pursuing what we call an expansionary fiscal policy. We have increased the deficit to gross domestic product ceiling from 2% to 3%,” Diokno said at the 43rd Philippine Business Conference & Expo on Thursday, October 19.

Several economists had raised concerns over the declining revenue yield of proposed tax reform packages. The Senate ways and means committee‘s initial version of the tax reform bill would only yield P59.9 billion in total incremental revenues. This is less than half of the P133.8 billion under the version approved by the House of Representatives last May.

The Department of Budget and Management (DBM) chief said the government expects at least P100 billion from the tax reform program. “We expect, on average, about P500 billion additional in fiscal space,” Diokno added.

Despite the expansion in fiscal strategy, Diokno said debt-to-GDP ratio is seen to shrink over the medium term. (READ: Balanced budget ‘impractical’ for the PH until 2022 – Diokno)

Socioeconomic Planning Secretary Ernesto Pernia said the Duterte administration’s economic managers will talk to senators to convince them to make their version of tax reform “closer” to that of the House of Representatives, to get enough financial muscle needed to implement the country’s ambitious infrastructure program.

Based on estimates of the National Economic and Development Authority (NEDA), the infrastructure program is expected to generate: