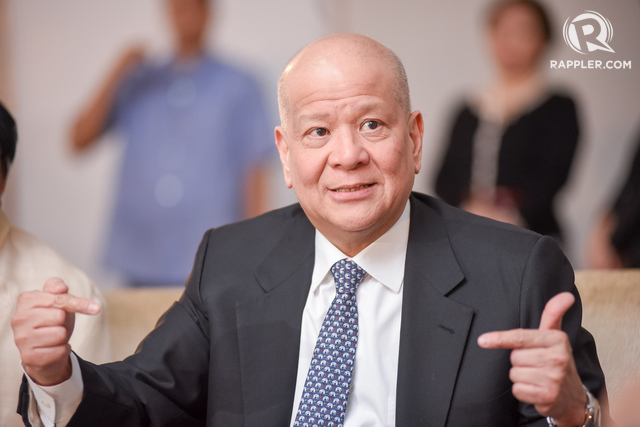 Petron said in a statement on Sunday, October 22, that it asked the Mandaluyong City Regional Trial Court (RTC) to issue a temporary restraining order (TRO) to “stop PNOC from performing acts aimed at ousting Petron [from] its leased properties.”

The country’s largest oil refiner argued that the PNOC’s actions could hurt its operations, its shareholders, and the economy.

Petron has been offering to negotiate its agreements with the PNOC since 2016. (READ: Petron net income surges to over P8 billion in 1st half of 2017)

But Petron said it had to seek court intervention after PNOC President Reuben Lista sought to waive the renewal clauses in their lease agreements, which would expire in 2018. Lista had said that the contracts’ provisions are allegedly disadvantageous to the government.

The contracts cover a total of 32.2 hectares across the Philippines. Petron has established 67 service stations, 24 bulk fuel plants, and a $3-billion refinery – located in Bataan – within the PNOC properties.

“If PNOC will continue to disregard its reciprocal obligations on the conveyance of our land, then they should return the properties to us. Petron has invested billions of dollars on these properties,” said the oil refiner, through its legal team from Poblador Bautista and Reyes.

The company supplies more than a third of the Philippines’ petroleum requirements.

In follow-up letters dated August 1, 2017 and August 31, 2017, Lista called for the abandonment and cleanup of the contested sites on or before the expiration of the agreements next year.

For the government’s side, Energy Secretary Alfonso Cusi earlier said his office has formed a negotiating team to resolve the rental issue.

“The board appointed a negotiating team. It is composed of 3 directors and I think another 3 from the management side,” Cusi had said.

Cusi, who also serves as chairman of the PNOC, added that the negotiating team’s aim is to seek a “win-win solution.”

The leased properties were initially owned and acquired by Petron for its refinery, distribution, and sales operations. (READ: Meet Ramon Ang, Filipino billionaire and Duterte’s friend)

But in 1993, the Ang-led oil refiner was compelled to give up its properties to the PNOC to comply with privatization requirements.

Petron said the properties were transferred to the PNOC at book value, in consideration of the PNOC leasing the properties back to Petron on a long-term basis and according to its operational requirements.

“By unilaterally setting aside the renewal clauses of the lease agreements and by categorically declaring its refusal to honor them, PNOC committed a fundamental breach of its lease agreements with Petron,” the oil refiner said.

For Ang, this would be a risk to “billions of dollars of investment.”

Petron has been eyeing the expansion of its plant in Bataan by leasing additional PNOC land. Once expanded, plant production would increase to 260,000 barrels a day, from the current 180,000.