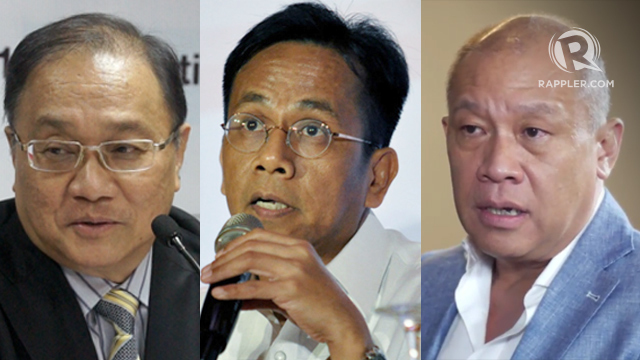 MANILA, Philippines – The Philippine Competition Commission (PCC) will study its next steps after the Court of Appeals (CA) affirmed the validity of the P69.1-billion San Miguel Corporation (SMC) telecommunications buyout deal.

“The commission will pursue the appropriate legal option once we have formally received the decision,” PCC Chairman Arsenio Balisacan told Rappler on Monday, October 23.

Bato penned a 54-page decision, saying that the anti-trust agency “gravely abused” its discretion when it ordered a full review of the buyout despite PLDT’s and Globe’s compliance with Memorandum Circular 16-002.

Memorandum Circular 16-002 requires parties to notify the PCC about transactions through a letter.

The appellate court said in its decision that the PCC violated the telcos’ constitutional right to equal protection under the law when it refused to grant the “deemed approved” status of the deal despite compliance with the memorandum.

The CA’s decision to order the PCC to stop its review of the buyout was made even as several independent researchers described the transaction as “clearly anti-competitive.” (READ: San Miguel’s sale of telco business: Will consumers benefit?)

Like the PCC, PLDT and Globe said on Monday that they have yet to receive a copy of the CA decision. (READ: Battle lines drawn over San Miguel’s telco buyout deal)

The PCC, however, stood its ground, saying it is firm in its resolve to perform its mandate under the law.

“We note that a year after the sale, the public continues to complain of slow, expensive, and poor quality of internet and mobile services,” the PCC said in a separate statement.

If anything, the PCC said that the ruling “has further fueled” its determination to “safeguard the market and promote the interests of consumers.”

It was also the CA Special 12th Division that previously denied the petition of the PCC to be allowed to review and investigate the SMC telco buyout deal.

Last April, the PCC took the battle to the Supreme Court (SC), asking it to lift the injunction on the review of the transaction and to prevent parties from further implementing terms of the deal. (READ: Jobless soon: 400 consultants of scrapped 3rd telco player)

For PLDT chairman Manuel Pangilinan, this development means the two telcos can proceed with the utilization of frequencies.

“Well, good. Then we can actually proceed to implementing the agreement with San Miguel on the use of the frequencies, so we will proceed with the work of dealing with the relevant issues,” Pangilinan told reporters on the sidelines of a media launch in Makati City on Monday.

“We just assumed that the frequencies are needed for our business for 3G and 4G, so we just assumed whatever the ruling might be but we have to proceed because we’re being criticized for our service,” Pangilinan added.

The deal gave PLDT and Globe access to the 700 megahertz (MHz) spectrum that regulators had assigned to San Miguel’s telco business.

The 700 MHz frequency was then used by the two telcos to put up more cell sites nationwide in a “more affordable and faster way.”

Meanwhile, Globe senior vice president for law and compliance Marisalve Ciocson-Co said her firm will defer comment until it receives a formal copy of the CA decision. – Rappler.com