Calata plans to convert shares to cryptocurrency amid delisting 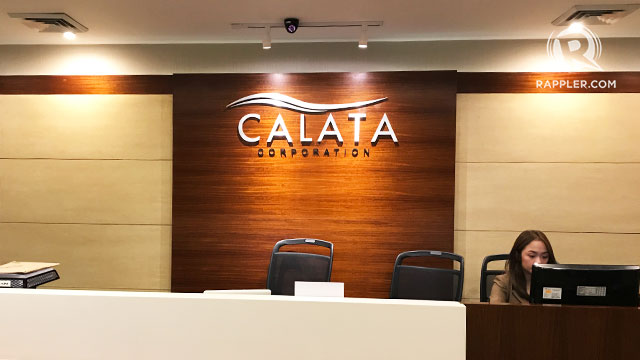 MANILA, Philippines – What about trading your Calata Corporation shares at the cryptocurrency exchange?

This unregulated and controversial trading platform for digital currencies was the next option laid out by Joseph Calata, president of the embattled agribusiness Calata Corporation, to public investors.

Following news that the Philippine Stock Exchange (PSE) reportedly gave the go signal to involuntarily delist the company, Calata said in a press conference in Makati City on Monday, October 30, that he has found a “better backup plan.”

“I have thought of a solution for the shareholders. Our company, Calata Corporation, will be listed on a cryptocurrency exchange in two months’ time,” Calata said.

He even has a ready name for it: “Calcoins,” or Calata coins. He plans to convert all 570 million outstanding Calata shares if the shareholders agree to it.

Public investors could no longer easily buy and sell their Calata shares via the exchange at a lower tax rate if, indeed, the PSE would involuntary delist it.

Involuntary delisting is among the most severe penalties imposed by the exchange on listed companies. The PSE had said Calata violated several disclosure rules.

Calata said he is already in talks with 3 cryptocurrency exchanges in Europe, even if he has not informed the public shareholders, Securities and Exchange Commission (SEC), and the PSE yet.

Before the cryptocurrency plan, he was in talks with the owners of listed Millennium Global Holdings Incorporated, which initially wanted to buy an 81% stake in Calata. (READ: Millennium Global backs out from buying into embattled Calata)

But because “owners were afraid they will be stopped by the PSE, they backed out,” Calata said.

“They were scared the follow-on offering will not push through,” he added.

Calata said taking the firm to a cryptocurrency exchange “is a better back-up plan than being listed again [on the local bourse].”

The delisting will require Calata to make a “tender offer” to public investors who may want to exit before the company reverts back to being private.

During the tender offer, the company will have to invite stockholders to tender and sell their shares at the given offer price and predetermined period.

Calata had previously said the company could not afford the tender offer, which could cost it around P1 billion. Calata only has P400 million in retained earnings.

Before implementing the cryptocurrency move, Calata will need the approval of the public shareholders, which hold about 75% of the outstanding shares of the company.

Calata himself holds about 21.9% of total Calata Corporation shares. 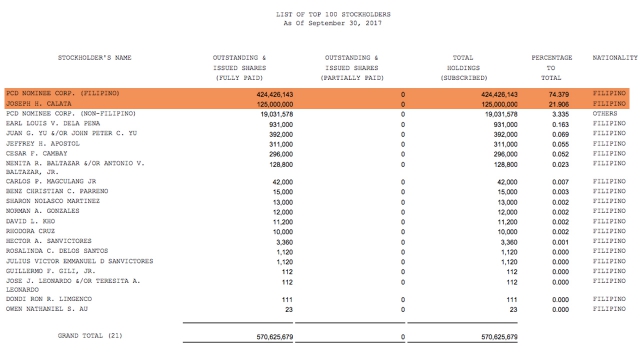 “If they don’t agree, then they will only be holding a piece of paper because they cannot trade their shares,” Calata said.

He said the company will hold a special shareholders’ meeting soon to ask for approval.

There are 3 possible scenarios to this: public shareholders can approve the conversion of shares into digital currency; disapprove and retain their rights to dividends and vote in corporate matters; or consolidate and vote to kick Calata out of the firm.

Asked what happens if public shareholders decide to consolidate and kick him out, Calata replied: “Let us see. I’m sure some minority [shareholders] will not approve of that move.”

He, then, moved to explain that he is proposing the cryptocurrency “back-up plan” mainly for the public shareholders’ sake, not his.

He added that he will not need the approval of the SEC and the PSE as cryptocurrency is “beyond their jurisdiction.”

“As a private company, we can issue bitcoins to our shareholders if we want to,” he said.

If Calata’s plan is approved by public shareholders, he said the firm will issue digital tokens called Calcoins, “which are ethereum blockchain-based.”

“Holding a token is equivalent to ownership of stocks,” he claimed.

“They will open an account on the cryptocurrency exchange where Calcoins are tradeable. They can start trading Calcoins and any person in the world can easily buy or sell these coins without country limitation,” Calata said.

Calata explained that a digital token is similar to issuing a check in digital form.

“The holder of the token has the right to claim the underlying asset. Any transferable asset such as car, house, computer, or also intangible ones like property rights and licenses can be presented through digital tokens,” he added. 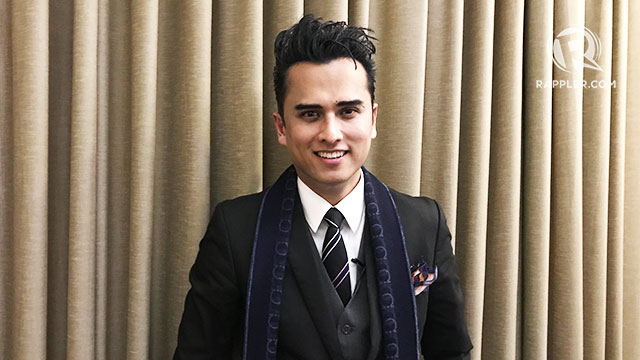 The self-made businessman went on to show the media a video presentation of global business icons, like Jack Ma and Bill Gates, recognizing the promise of bitcoin or blockchain technology.

“I want Calata to be one of the firsts in the country. We have 5,000 to 10,000 shareholders. Our shareholders will be able to trade bitcoins, ethereums, and Calcoins,” he said.

He went on to say Filipinos should be at the forefront of the ongoing digital currency innovation. “We should not be just following them. There should be an Elon Musk or Mark Zuckerberg of the Philippines,” Calata said in Filipino.

He said every transaction will be recorded on a blockchain, providing full transparency on the ownership and security, without needing the regulation of a central authority or a clearing house.

“Because of such innovation, we will solve the problems that complicate and slow down the systems in the capital markets,” Calata said.

The Bangko Sentral ng Pilipinas (BSP) took a cautious stance on the cryptocurrency boom, after other central banks discussed the risks of the virtual currency during an annual meeting at the World Bank and International Monetary Fund in Washington.

“There’s a lot of experimentation going on in some countries. We’d like to see first how that works. So in a way it’s cautious but it’s also not prohibiting,” BSP Governor Nestor Espenilla Jr had told reporters.

Espenilla said cryptocurrency helps promote efficient money transfer but could also be used for money laundering as well as other criminal activities.

Back in February, the BSP issued Circular No. 944, laying down the rules and regulations governing the operations of virtual currency exchanges as part of its campaign against money laundering and terrorist financing.

Despite the BSP’s cautious stance, Calata remains optimistic about the promises of cryptocurrency, saying “blockchain and cryptocurrency will revolutionize how people transact things.”

Trading of Calata stock has been suspended since June 30.

Back in 2012, Calata Corporation faced a complaint before the Department of Justice after 13 of its employees allegedly manipulated the share price of the listed agribusiness firm, according to the SEC.

In 2016, Calata tried to diversify into gaming by partnering with a US-based investment group and a Macau-based gaming operator to create a real estate and investment trust (REIT) for a P65-billion, 14-hectare casino resort on Mactan Island, Cebu.