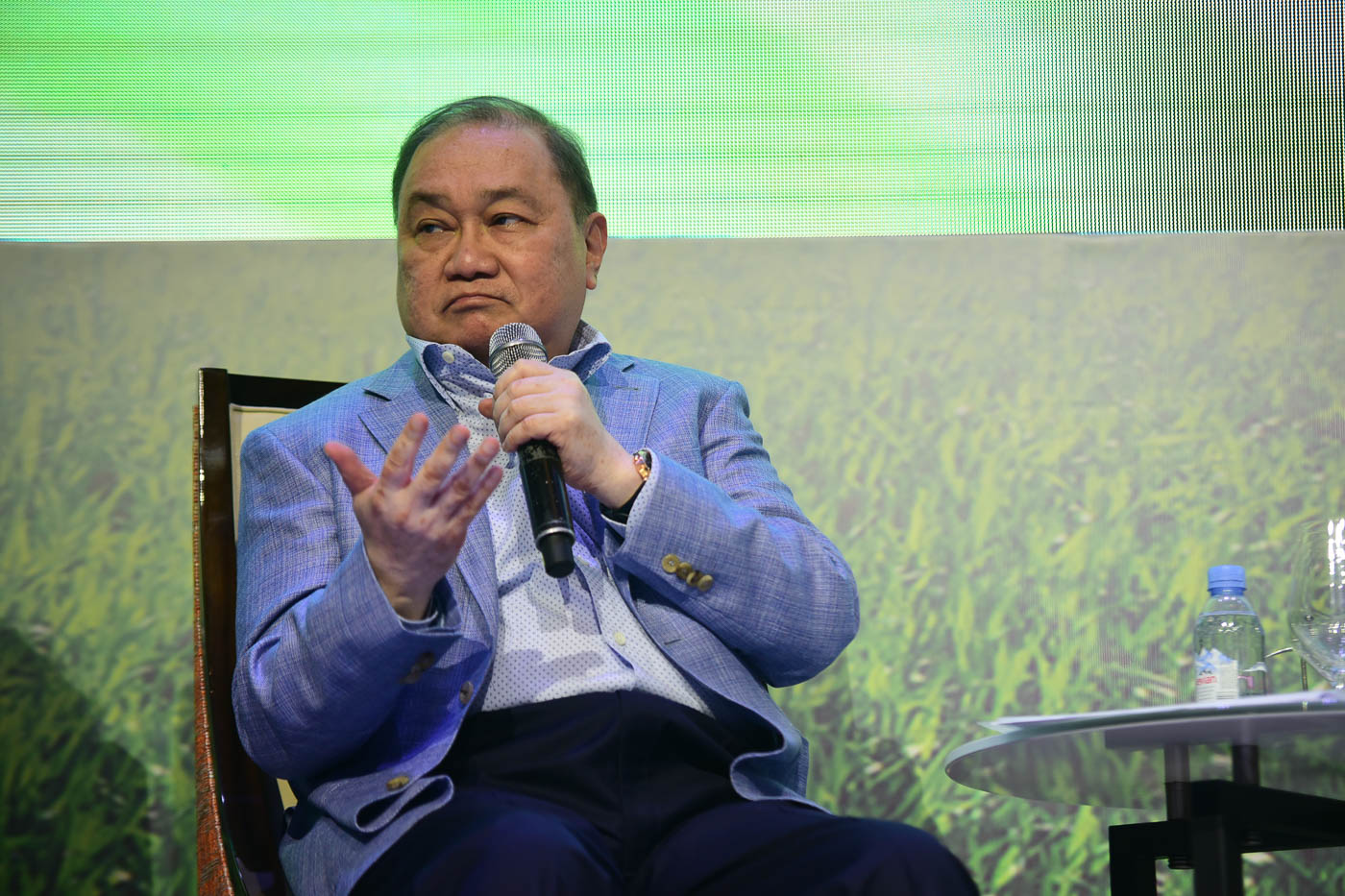 MANILA, Philippines – PLDT Incorporated raised its recurring core income guidance for 2017 to P22 billion, after the listed telecommunications giant saw “better financial metrics,” mainly in its net income margin for the past quarter.

“We are quite confident that we can raise our core guidance by half a billion pesos to P22 billion of recurring core income in the year 2017,” PLDT chairman and chief executive officer Manuel Pangilinan said in a media briefing in Makati City on Thursday, November 9.

“Seasonality plays a factor here. Normally, the financial performance during the 3rd quarter is lower than the 4th quarter. But it will be better in the 4th quarter because of the holidays,” PLDT chief revenue officer Eric Alberto said during the briefing. (READ: PLDT still no.1 among mobile subscribers)

The telco’s consolidated service revenues remained unchanged at P36.1 billion in the 3rd quarter of 2017, from the same period a year ago. This was a slight increase of 1% from the 2nd quarter’s P35.6 billion.

Recurring core income, meanwhile, was up by 5% to P17.4 billion for the 1st 9 months of the year, from the same period last year.

“Bulk of the group’s revenue came from home and enterprise units. It is essential that we extend our market leadership on this front, which now stands at about 67%,” Pangilinan said.

PLDT said its home service revenues grew 12% to P24.3 billion in the 1st 9 months of the year, from the same period a year ago; while the enterprise service revenue increased by 11% to P25.3 billion.

Its wireless individual service revenues, meanwhile, went down by 14% to P44.2 billion in the 1st 9 months of the year, from the same period last year.

For its capital spending budget for 2017, Pangilinan said the group maintained its earlier projection of P38 billion. (READ: PLDT holds on to declining Rocket Internet)

He, however, said the group expects additional P15 billion worth of ongoing projects and capital expenditures (capex) commitments made in 2017 to be completed and booked in 2018.

“We don’t want to indicate that we are decelerating the pace of our network expansion so the total capex activity is in the order of P53 billion, of which P38 billion will be completed by December 2017,” Pangilinan explained.

For Alberto, the level of competition in the industry has shifted to value propositions rather than price point.

“We have been criticized for being one of the slowest in Asia, so we are doing something about it, as you can see, in terms of our capex investment. Market clamor for better services would entail higher capex,” he said. – Rappler.com