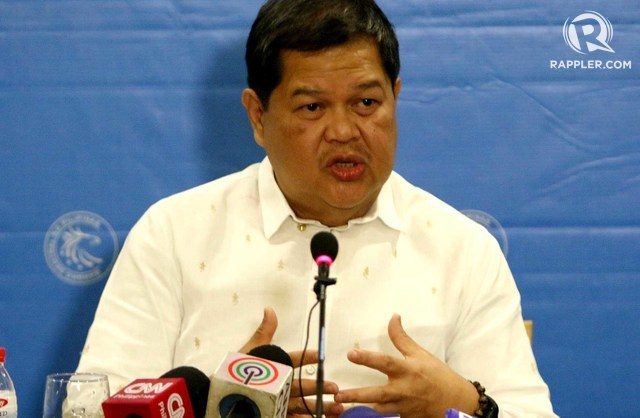 MANILA, Philippines – The Bangko Sentral ng Pilipinas (BSP) decided to maintain the country’s interest rates. But due to rising oil prices, higher liquidity in the financial system, as well as the weaker Philippine peso, the central bank hiked its inflation forecast for 2018.

BSP Governor Nestor Espenilla Jr said the Monetary Board retained the interest rate on the overnight reverse repurchase facility at 3%.

The BSP board also maintained the corresponding interest rates on the overnight lending and deposit facilities based on the assessment that the inflation outlook remains manageable.

Despite the faster rise in consumer prices, the BSP chief said monetary authorities believe the future inflation path will stay within the 2% to 4% target between 2017 and 2019.

Inflation, the movement of prices of goods and services, rose to a 3-year high of 3.5% in October this year, from 3.4% in September.

“The balance of risks to the inflation outlook continues to lean toward the upside due to higher crude oil prices,” Espenilla said. (READ: Who is new BSP governor Nestor Espenilla?)

The BSP chief added that the proposed tax reform package of the Duterte administration may exert potential transitory pressures on prices.

Meanwhile, BSP Deputy Governor Diwa Guinigundo said the central bank now expects inflation to pick up to 3.4% instead of 3.2% for 2018 due to higher prices of crude oil, geopolitical tensions, the depreciation of the local currency against the greenback, and the faster rise in consumer prices in September and October.

According to Espenilla, Philippine monetary authorities will continue to take into account monetary actions but do not have to move in sync with other central banks such as the US Federal Reserve.

The US Fed raised benchmark rates in March and June.

“If you look at our inflation forecast, there is very little reason for us to adjust monetary settings at this point in time,” Guinigundo also said.

The deputy governor added that there is enough credit and liquidity in the market so there is no need for the BSP to change its policy stance at the moment.

The latest BSP data showed credit grew 21.1% to P6.76 trillion, while liquidity in the financial system grew by 14.5% to P10.14 trillion in September. – Rappler.com