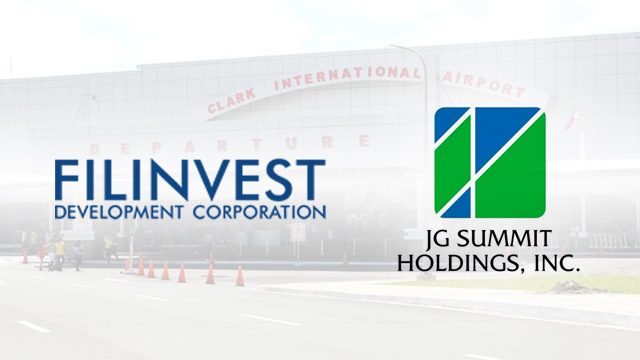 MANILA, Philippines – The Gotianun and Gokongwei groups, which have teamed up for another proposal to develop Clark International Airport, announced they have  appointed Changi Airports International (CAI) as their technical partner.

This is the second time the Filipino and Singaporean groups have come together for an airport project. The first was their failed bid to develop the airport in Cebu, the second biggest in the country. (READ: How Cebu airport bidders chose their foreign partners)

In a disclosure to the stock exchange on Tuesday, November 14, Gotianun-led Filinvest Development Corporation (FDC) said that, along with joint venture partner, Gokongwei-led JG Summit Holding Incorporated (JGS), it has “submitted an unsolicited proposal to the Bases Conversion and Development Authority (BCDA) and the Department of Transportation (DOTr).

The proposal is for the long-term development and operations of the Clark International Airport for which “the consortium has committed to invest P839 billion.

Filinvest said that this new proposal is different from the one earlier submitted by the same consortium in March, as it does not include the construction of the second terminal building. Instead, it proposes the long-term development of the airport into the country’s second international gateway.

It also includes the operation and maintenance of the existing and new terminals under a joint venture with the BCDA.

The new proposal also includes plans to build future capacity augmentation, expand airport facilities including terminals and runways, among others, as well as to operate and maintain the existing and new passenger terminals.

The consortium also proposes to develop, operate, and maintain the commercial assets of the Clark International Airport, which include facilities for general aviation and fixed-base operations, and real estate.

The government has decided to build the infrastructure, then later bid out the operations and maintenance contract to the private sector.

BCD is in the process of holding a competitive bidding for the deal to construct a new passenger terminal building.

The FDC–JGS-CIA consortium was not part of the 7 groups that have registered their interest in the project. (READ: Auction for new Clark airport terminal starts)

The deadline for submission of the bid documents is on December 5, 2017, and the Notice of Award to the winning bidder is to be issued on December 15, 2017.