Meredith Corp to buy Time Inc. for $2.8B 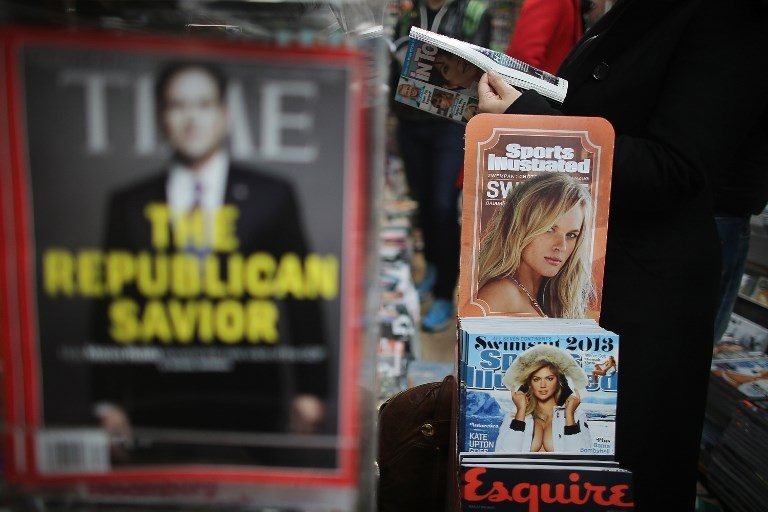 Facebook Twitter Copy URL
Copied
Among the funds financing the purchase are $650 million from Koch Equity Development, a fund belonging to Charles and David Koch

WASHINGTON DC, USA – Time Inc. is selling for $2.8 billion to media conglomerate Meredith Corporation, backed by the billionaire Koch brothers known for supporting conservative causes, in an unlikely ending to a saga over the future of CNN’s parent company.

Meredith had expressed interest in buying Time earlier this year then walked away because it could not secure the necessary financing.

Time revealed in October an aggressive plan to boost revenue that included focusing less on magazine journalism and more on digital activities.

Time Inc was spun off from media and entertainment giant Time Warner, which was seeking to shed its journalism assets.

Meredith’s offer is for $18.50 per Time share, up about 10% from the shares’ closing price of $16.90 on Friday, November 24. Share prices rose over the past week on speculation over the purchase.

The boards of both companies have approved the transaction, which is due to be finalized in the first semester of 2018, Meredith said in a statement.

The all-cash transaction includes about $1.7 billion for the company assets plus more than $1 billion in debt.

Among the funds financing the purchase are $650 million from Koch Equity Development, a fund belonging to Charles and David Koch.

Meredith also anticipates savings of $400 million to $500 million in the first full two years of operation thanks to synergies.

Meredith’s portfolio includes 17 local television stations in 12 US markets, as well as publications such as Better Homes & Gardens, Allrecipes, Parents and Shape. – Rappler.com