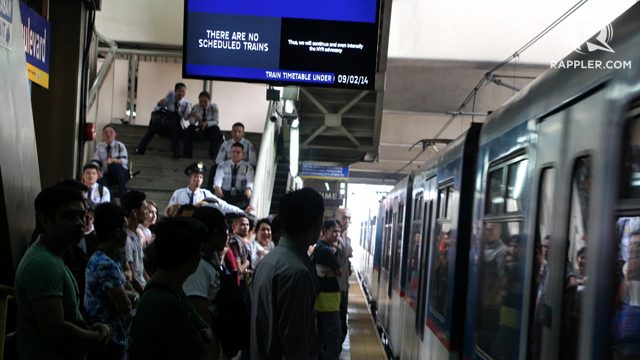 Facebook Twitter Copy URL
Copied
(UPDATED) The Philippine and Japanese governments are discussing an agreement for Official Development Assistance, which will be the basis of the selection of the MRT3 maintenance provider

The DOTr, in a statement, said that the service provider they will select will also “rehabilitate and restore the system to its original performance condition.”

The DOTr said that the Philippine and Japanese governments are discussing a Government-to-Government (G2G) agreement for an Official Development Assistance (ODA), which will be the basis of the selection of the maintenance and service contractor of the MRT3.

An agreement between the two governments is already scheduled to be signed before year-end, the DOTr said.

The agency said the Sumitomo Corporation-Mitsubishi Heavy Industries joint venture is “being closely considered,” due to its background in constructing and maintaining the system until 2012.

DOTr said the initial contract would be for 3 years.

The contract with BURI started in early 2016, and was supposed to last until 2019.

Sumitomo and Mitsubishi, meanwhile, were the original maintenance providers for the MRT3. The Japanese companies were involved in the design and construction of the system. Their contract expired in 2012.

Beyond the 3-year contract with the next maintenance and rehabilitation service provider, the government will also look for a long-term, “single-point-of-responsibility” operations and maintenance provider for the rail system.

DOTr said that they already have an unsolicited proposal for this, which they will soon seek approval from the National Economic and Development Authority (NEDA).

Once the pride of Metro Manila’s transport infrastructure, the MRT3, which started operations in 1999, has been plagued by poor maintenance amid steadily increasing ridership.

In the last 12 months alone, the system has been suffering from near-daily operational issues, ranging from signaling problems to train cars getting detached from one another. – Rappler.com