Dec 20, 2017 5:37 PM PHT
Chris Schnabel
Facebook Twitter Copy URL
Copied
The subway is expected to break ground in Q3 as one of 6 major rollouts next year while government spending is up 10% to P2.241 trillion through January to October of this year 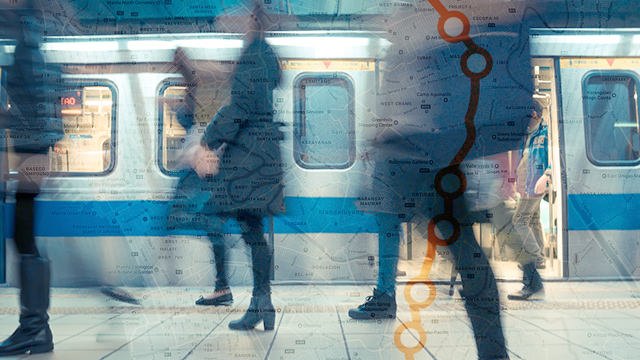 MANILA, Philippines – 2018 is when the government’s Build, Build, Build program is expected to really kick in, garnished by big-ticket projects such as the long-awaited Metro Manila Subway and the expansion of the Clark International Airport, the Department of Budget and Management (DBM) said Wednesday, December 20.

Government spending this year has gone up a notch with the latest DBM data showing that expenditure from January to October reached P2.241 trillion, up 10% from the same period in 2016.

The DBM noted that this was due mainly to road construction and flood control rehabilitation projects of the Department of Public Works and Highways (DPWH) as well as the purchase of equipment by the Philippine National Police (PNP) under its Capability Enhancement Program.

The government agency added that civil works for Light Rail Transit (LRT) Lines 1 and 2 extension projects of the Department of Transportation (DOTr) also contributed to the higher infrastructure and other capital spending.

The government is readying the rollout of 6 big projects next year as the DOTr and DPWH budgets have increased by 40.3% and 24.4%, respectively. (READ: ‘Build, build, build’ gets a third of proposed 2018 national budget)

Top of mind is the country’s first-ever mass underground transport system, the P355.6-billion Metro Manila Subway Project (MMSP) with phase 1 expected to start by the 3rd quarter of 2018, according to the DOTr.

It is expected to have 13 stations, including one at the Ninoy Aquino International Airport (NAIA), and cut down commuting time from Quezon City to Taguig City to 31 minutes, while accommodating around 370,000 passengers on its first year of operations.

Phase 1 will entail a 25.3-kilometer subway connecting north and south of Manila (from Mindanao Avenue, Quezon City to Food Terminal Incorporated in Parañaque City) and NAIA. It is being financed through Japanese official development assistance (ODA).

The project completion will extend past the Duterte administration as the subway is expected to begin partial operations by the 4th quarter of 2025, with full completion targeted for 2027.

Another marquee project is the expansion of the Clark International Airport which broke ground on Wednesday.

The project, originally estimated at P12.55 billion, includes the construction of a new passenger terminal building to accommodate 8 million passengers annually, as well as required associated facilities – both landside and airside, to support the operations of the Clark International Airport.

The government announced on Tuesday, December 19, that the group of publicly-traded Megawide Construction Corporation and Bangalore-based GMR Infrastructure Limited won the rights with its “lowest calculated bid” of P9.36 billion.

The Bases Conversion and Development Authority (BCDA) is expected to bid out the operations and maintenance of the Clark International Airport to the private sector in 2018. – Rappler.com