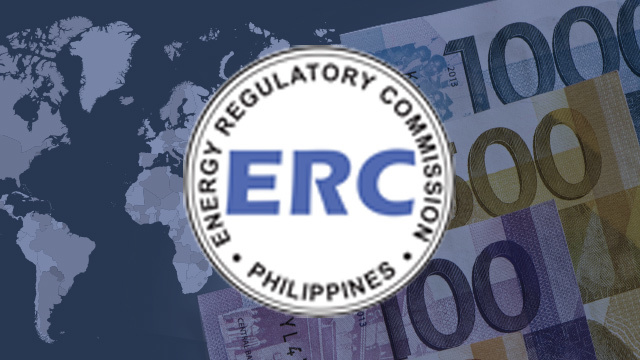 MANILA, Philippines (UPDATED) – The Office of the Ombudsman has suspended 4 commissioners of the Energy Regulatory Commission (ERC) due to what it alleges to be anomalous transactions involving the Manila Electric Company (Meralco).

In a decision released on December 21, the Ombudsman ordered the suspension of commissioners Alfredo Non, Josefina Patricia Magpale-Asirit, Geronimo Sta. Ana, and Gloria Victoria Yap-Taruc for one year without pay due to “conduct prejudicial to the best interest of the service aggravated by simple misconduct and neglect of duty.”

Former EC chairman Jose Vicente Salazar was also found guilty but was ordered to pay a fine equivalent to 6 months’ salary as he was suspended in August and then removed from office in October of this year.

The case against the ERC, brought about by the Alyansa Para sa Bagong Pilipinas Incorporated, stemmed from its alleged delay of the deadline of the validity of the Competitive Selection Process (CSP) in securing power supply agreements (PSAs).

The CSP policy was aimed at lowering electricity rates for consumers by allowing for competitive bidding at the power generation stage.

The ERC extended the date of implementation of the CSP from November 6, 2015 to April 30, 2016 “without valid or justifiable reason”, according to the complainants.

The ERC defended its decision earlier this year, saying it was to address concerns of distribution utilities and power generation companies over existing PSAs.

The complainants however maintained that the extension “was a clear ploy to allow 7 of  Meralco’s affiliates to bag lucrative PSAs without having to undergo the CSP.”

These contracts totaled 3,551 megawatts or at least  80% of Meralco’s power requirement during the period.

The complainants also noted that the PSAs would add around P200 billion in additional financial burden to Meralco customers over a period of 20 years.

In its decision, the Ombudsman said the ERC commissioners are liable for simple misconduct because they violated the CSP policy and its related guidelines, noting that “the PSAs allowed to be filed before the ERC despite not undergoing CSP are yet to be approved, and that respondents’ violation of the rules were inadequately shown to be motivated by corruption.”

The Ombudsman also noted that the commissioners “failed to do their duty to encourage market development, ensure customer choice, penalize abuse of market power in the restructured electricity industry, and enforce the implementing rules and regulations of Electric Power Industry Reform Act.”

Reacting to the order, Sanlakas pointed out that the Ombudsman’s order validates its concerns that energy, and especially coal giants, are given favorable treatment meant to favor corporate interest over public good.

“The Ombudsman suspension order bolsters the truth that only collusion between the government and corporations could have allowed for such anti-consumer and anti-environment agreements to prevail,” said Sanlakas secretary-general Aaron Pedrosa in a statement.

“This suspension order should serve as a warning to the ERC to seriously review the petition against the deals, which was filed in intervention by concerned community leaders and peoples’ groups only to be junked by ERC chambers,” he added.

On the Friday, December 22, a consumers’ group calling itself the Power for People Coalition said the Ombudsman’s decision was “a victory to us consumers.”

Father Warren Puno of Atimonan, Quezon, said this should serve as warning to whoever will sit next as commissioners and the newly-appointed chairperson to not rush the approval of PSAs that Meralco applies for. “These should go through the right process,” he said.

The groups said they would want to have an audience with new Chairman Agnes Devanadera, the only top ERC left. – Rappler.com