Dec 22, 2017 5:04 PM PHT
Rappler.com
Facebook Twitter Copy URL
Copied
While machines are not yet ready, the public should double check their P5 coins to avoid inconveniences during the holiday rush 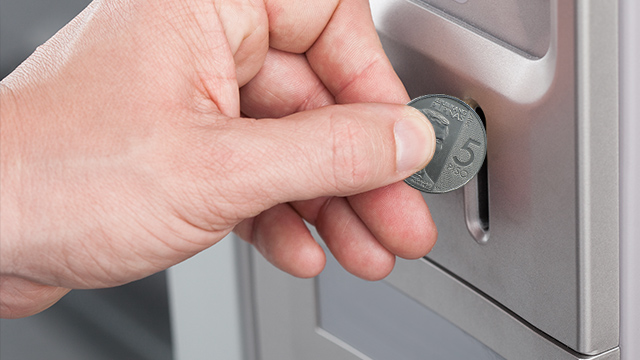 MANILA, Philippines – Light Rail Manila Corporation (LRMC), operator of LRT1, said on Friday, December 22, that ticket vending machines are expected to be compatible with the new P5 coins by March 2018.

LRMC clarified that machines have yet to be reconfigured. The corporation then advised the public to double check their P5 coins to avoid inconveniences during the holiday rush.

In the meantime, passengers may opt to purchase single journey tickets and stored value cards (SVC), or top up SVCs, through station tellers. They may also swap their new coins for old ones through the station tellers.

AF Payments Incorporated, which supplies the ticket machines and is the concessionaire of Automated Fare Collection System (AFCS), said it had started recalibrating the firmware of the machines to process the new coins.

The recalibration of the machine’s firmware will take place in Germany and is expected to take about 3 months before it can be deployed to machines.