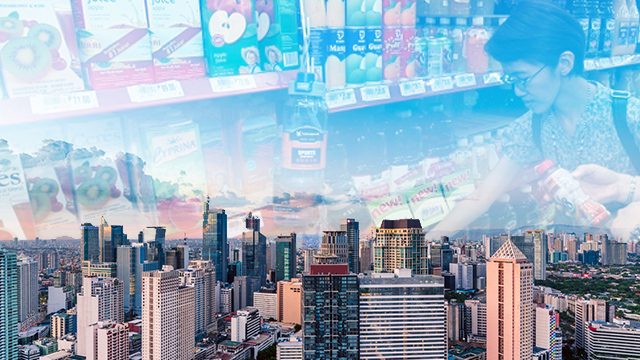 MANILA, Philippines – At its last meeting this 2017, the Bangko Sentral ng Pilipinas (BSP) decided to keep its inflation projection until 2020 in the belief that sustained government investment spending will help temper pressures caused by potential increase in global commodity prices.

According to minutes of the meeting released on Thursday, December 28, the BSP said the Development Budget Coordination Committee (DBCC) retained projections that the consumer price index would be between 2% to 4% until 2020. (READ: ADB retains PH growth outlook, sees no signs of economy overheating)

This is despite the potential “demand-side impetus to inflation,” caused by “healthy economic growth alongside the tax reform program,” the country’s central bank reported.

The government’s inflation target is defined in terms of the average year-on-year change in the consumer price index (CPI) over the calendar year.

“Inflation projections and expectations continue to indicate that inflation could settle within the current inflation target, although there are upside risks to the inflation outlook,” BSP said.

The 2018-2022 inflation projection is set by the DBCC in light with the BSP under the inflation targeting framework.

BSP said it will ensure the monetary policy stance remains “consistent with its primary mandate of safeguarding price stability conducive to a balanced and sustainable economic growth.” – Rappler.com