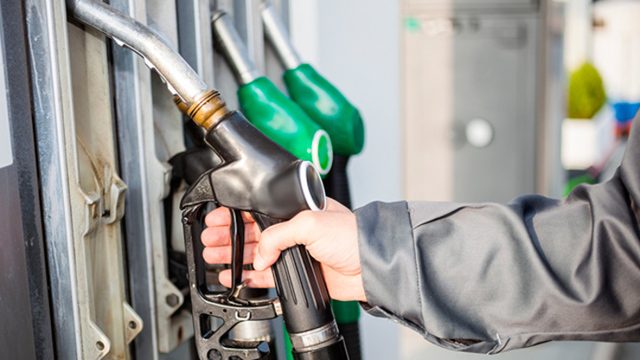 Facebook Twitter Copy URL
Copied
New excise tax rates on petroleum products are levied upon importation, not at the point of sale to the consumers

MANILA, Philippines – The new excise tax rates, which takes effect on Monday, January 1, do not apply to old stocks of petroleum products, the Department of Energy (DOE) warned.

In an advisory issued Sunday, December 31, the DOE reminded retailers that they should not charge the new excise tax rates to consumers.

DOE, through the Oil Industry Management Bureau (OIMB) and in coordination with the Department of Finance (DOF), said excise tax rates are not levied at the point of sale to the consumers.

“The OIMB has issued an advisory to petroleum products stakeholders not to levy new excise tax on old stocks, considering that excise taxes are levied upon importation,” Energy Assistant Secretary Leonido Pulido III said in the advisory.

The implementation of excise tax and value added tax (VAT) for petroleum products under the Tax Reform for Acceleration and Inclusion (TRAIN) is effective on January 1, 2018.

For VAT, the new rates under TRAIN that are applicable to consumers become effective on Monday, January 1. (READ: Filipinos to welcome 2018 with new withholding tax rates)

The department said it will continuously monitor oil trading in the international market and analyze its impact on the domestic prices of petroleum products, as mandated by the Oil Deregulation Law of 1998.

The DOE had observed that last week’s international oil trading may affect the domestic prices of gasoline, diesel and kerosene as follows:

Adjustments on petroleum products are implemented every Tuesday of the week.

“Please note, however, that these findings may still be affected by the Friday trading activities which will be accessed on Monday,” Pulido added.

For kerosene and household liquefied petroleum gas (LPG), the department reiterated that “price freeze” should be observed in calamity areas.

The Bureau of Internal Revenue is set to hold public consultations on January 11 and January 12 before issuing regulations on income tax, withholding tax, value added tax, as well as excise tax on petroleum and automobiles, among others.

It was last December 19 when President Rodrigo Duterte signed Republic Act 10963 or the TRAIN Law, which is a priority measure of the administration.