Jan 17, 2018 7:32 AM PHT
Chrisee Dela Paz
Facebook Twitter Copy URL
Copied
This comes amid public outrage over the regulator's decision, with some condemning it and calling it an obvious attack on press freedom 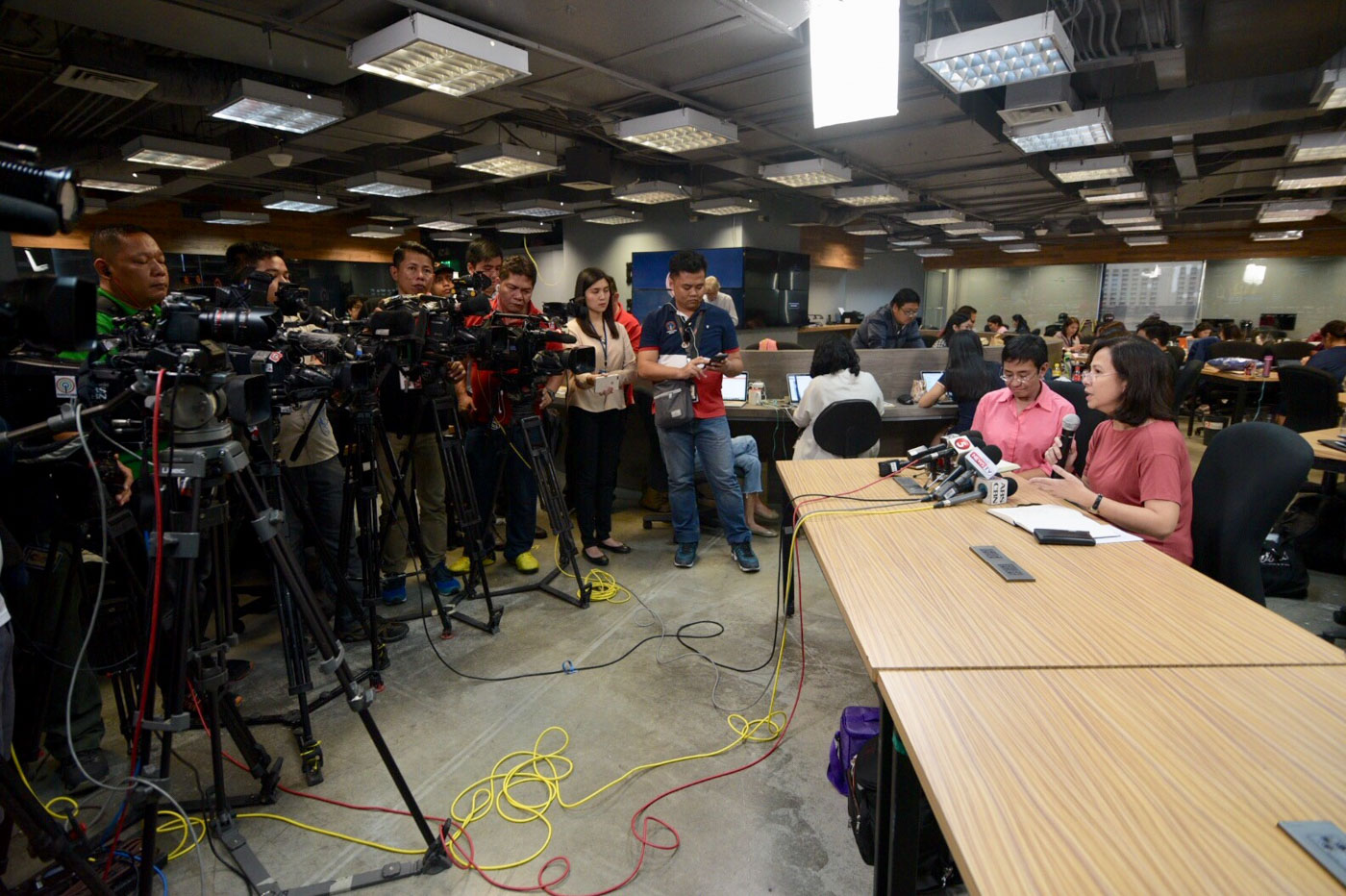 MANILA, Philippines – Despite calls from local and global organizations to reverse its order, the Securities and Exchange Commission (SEC) stood firm on its decision to strip Rappler Incorporated’s of its license to do business, citing clear violation to “foreign equity restrictions in mass media.”

Local and foreign journalist groups, as well as some senators, condemned the corporate securities regulator’s move, calling it an obvious attack on press freedom.

But Armand Pan, officer-in-charge of the Office of the Commission Secretary, denied the accusations, saying SEC “just did what it has to do based on its mandate as an corporate securities regulator.”

He said a provision in the Philippine Depositary Receipts (PDRs) issued to Omidyar Network Fund LLC – which seeks approval of 2/3 of PDR holders on corporate matters – “is a violation of Foreign Equity Restriction of the Philippine Constitution.”

“It stated in the 12.2-2 [clause] of the Omidyar PDR itself that Omidyar must have prior approval when it comes to changing the articles of incorporation or by-laws of the company. That means, Rappler cannot even change the principal office address, the date of meeting, so those are operational policies of corporations. That means PDR holders exercise right of ownership,” Pan said in an interview with ANC on Tuesday, January 16.

He added that the mere act of giving Omidyar the right to participate in the management of Rappler is enough to validate its decision to revoke the media organization’s incorporation papers. “They need not exercise the right,” Pan added.

Rappler chief executive officer Maria Ressa said SEC made the decision “without due process,” as it was made in “less than 5 months” since the media outlet received a show-cause order from the regulator in August.

SEC chairwoman Teresita Herbosa, meanwhile, explained that the probe was initiated after her office received a “referral letter” from the Office of the Solicitor General (OSG) on December 22, 2016, asking it to conduct an investigation into Rappler “for any possible contravention of the strict requirements of the 1987 Constitution.”

Although the show-cause order was only issued in August 2017, Herbosa said her office undertook an “internal, inter-departmental investigation into Rappler” between December 2016 to July 2017.

“We take cognizance of any complaint, tip, or referral if there is,” she said in a text message. (READ: Supreme Court upholds SEC foreign ownership rules)

On a related matter, a few days before SEC received the OSG referral letter to probe Rappler’s ownership structure, the Supreme Court (SC) upheld the foreign ownership guidelines set by the SEC, which a lawyer alleged was made to accommodate PLDT Incorporated, which then exceeded the 40% foreign ownership cap to public utilities mandated by the 1987 Constitution.

By a vote of 8-5, the SC on November 22, 2016 denied the petition filed by Jose Judd Roy III, a former dean of the Pamantasan ng Lungsod ng Maynila, who questioned the constitutionality of SEC Memorandum Circular 8, series of 2013, or Guidelines on Compliance with the Filipino-Foreign Ownership Requirements.

The circular gives corporations, like PLDT, which were not compliant with the nationality requirement one year to cure the violation. PLDT was then able to issue preferred voting shares to BTF Holdings Incorporated and adhere to the foreign ownership rule.

But in the case of Rappler, Herbosa told the Philippine Daily Inquirer that the Securities Regulation Code “does not provide for it (one-year curing period) in case of violation of any of its provisions.”

The Philippine Center for Investigative Journalism (PCIJ) denounced this move, saying the SEC treated Rappler “more harshly” than PLDT when it faced the foreign-ownership violation issues.

“The SEC seem to have glossed over the fact that the harshest penalty of revoking the corporate registration of the Rappler would have impaired its delivery of news and information on matters of public concern, or even the Constitutional guarantees of press freedom and the people’s right to know,” PCIJ said in a statement.