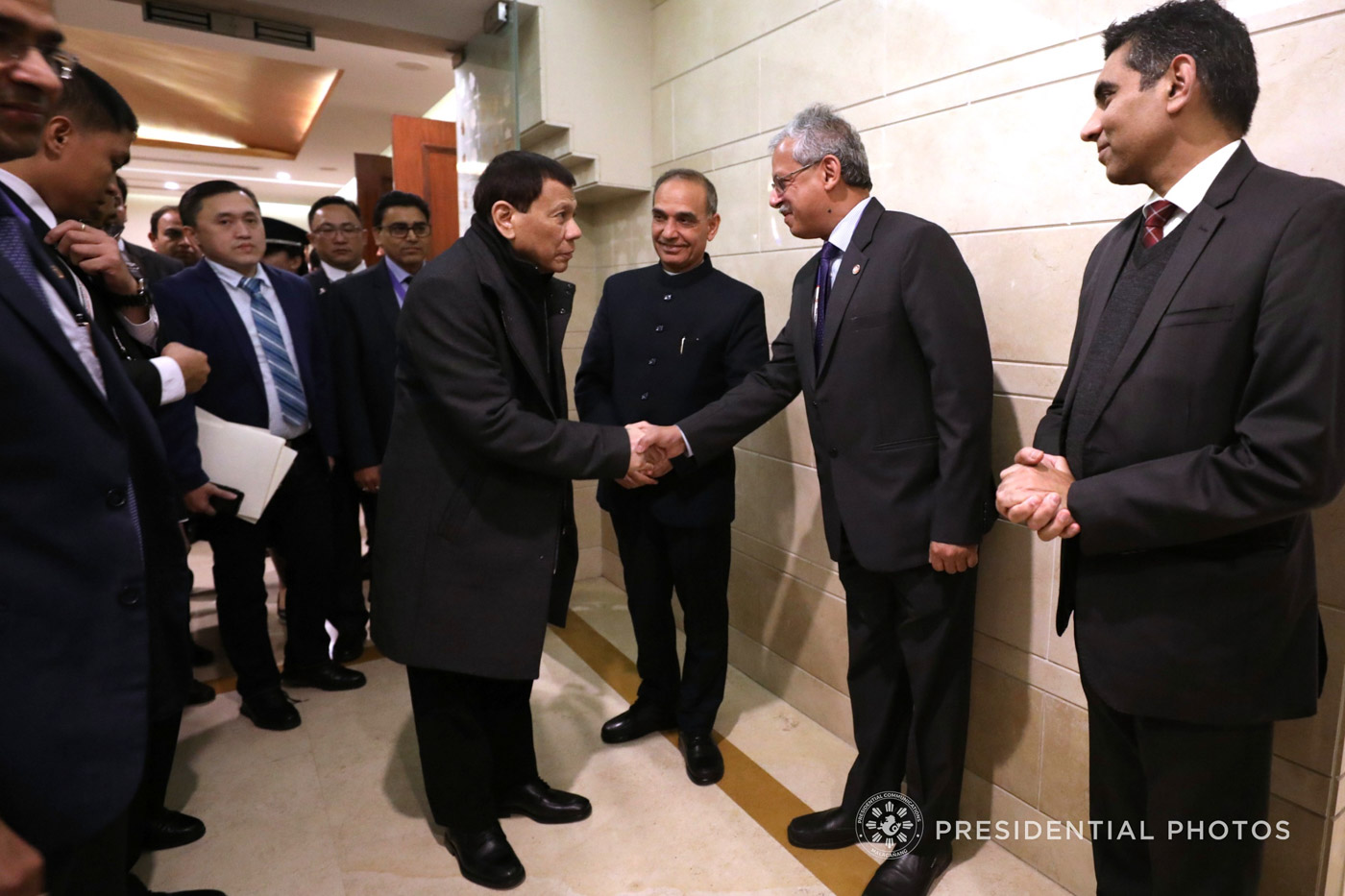 MANILA, Philippines (UPDATED) – Seven letters of intent to invest in the Philippines were signed by Indian or Indian-affiliated companies during President Rodrigo Duterte’s visit to India on Wednesday, January 24.

Duterte and Indian Prime Minister Narendra Modi witnessed the signing of these documents after their bilateral meeting in Hyderabad House in New Delhi.

The 7 letters of intent are from the following companies:

Worth of investment, jobs

Trade Secretary Ramon Lopez gave figures on the worth of investments signified in the Letters of Intent.

Adani Green Energy Limited planned investment may be worth $1.25 billion and is seen to generate 3,000 jobs, said Lopez on Thursday during a press conference.

Hinduja Global Solutions sees itself investing up to $20 million, an investment expected to generate 2,000 jobs.

The Farm at San Benito’s expansion may require an investment of $30 million, creating 500 jobs, said Lopez.