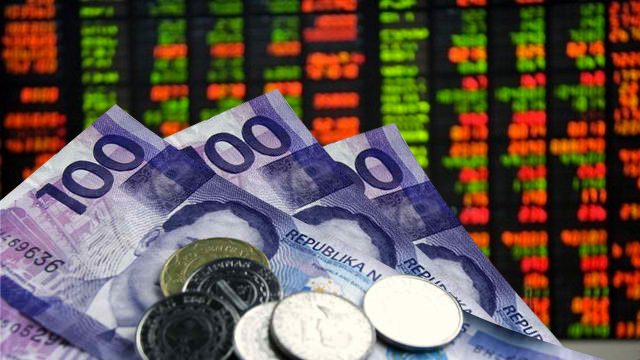 MANILA, Philippines – Philippine stocks suffered their biggest single-day price drop in over a year on Monday, February 5, dragged by sell-offs in global markets. 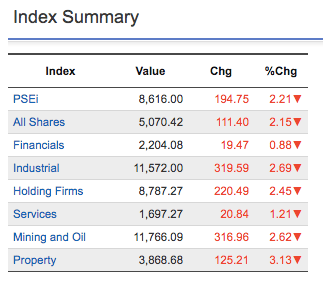 It was only last Friday when the PSEi broke the 9,000 barrier for the 1st time. Analysts said Monday’s drop in share prices was due to the negative investor sentiment over sell-offs in markets overseas.

Other Asian markets also suffered their biggest declines in over a year, as investors showed concern over Friday’s US payrolls report, which showed salaries growing at their fastest pace in over 8 years, according to Reuters.

“US equities suffered their largest one-day decline in a year on Friday, contributing to the worst week for the S&P500 in around two years…Markets in Asia also opened lower in response to the weak overnight markets,” Marita Limlingan, president of Regina Capital Development Corporation, said in a note.

The PSE’s best stock performer of the session was the Bank of the Philippine Islands (BPI), which rose 1.50% or 1.80 points to trade at P121.80 apiece at the closing bell.

The worst performer of the session was Metro Pacific Investments Corporation (MPIC), which slid by 5.11% or 0.330 points to trade at P6.130 at the close. – Rappler.com