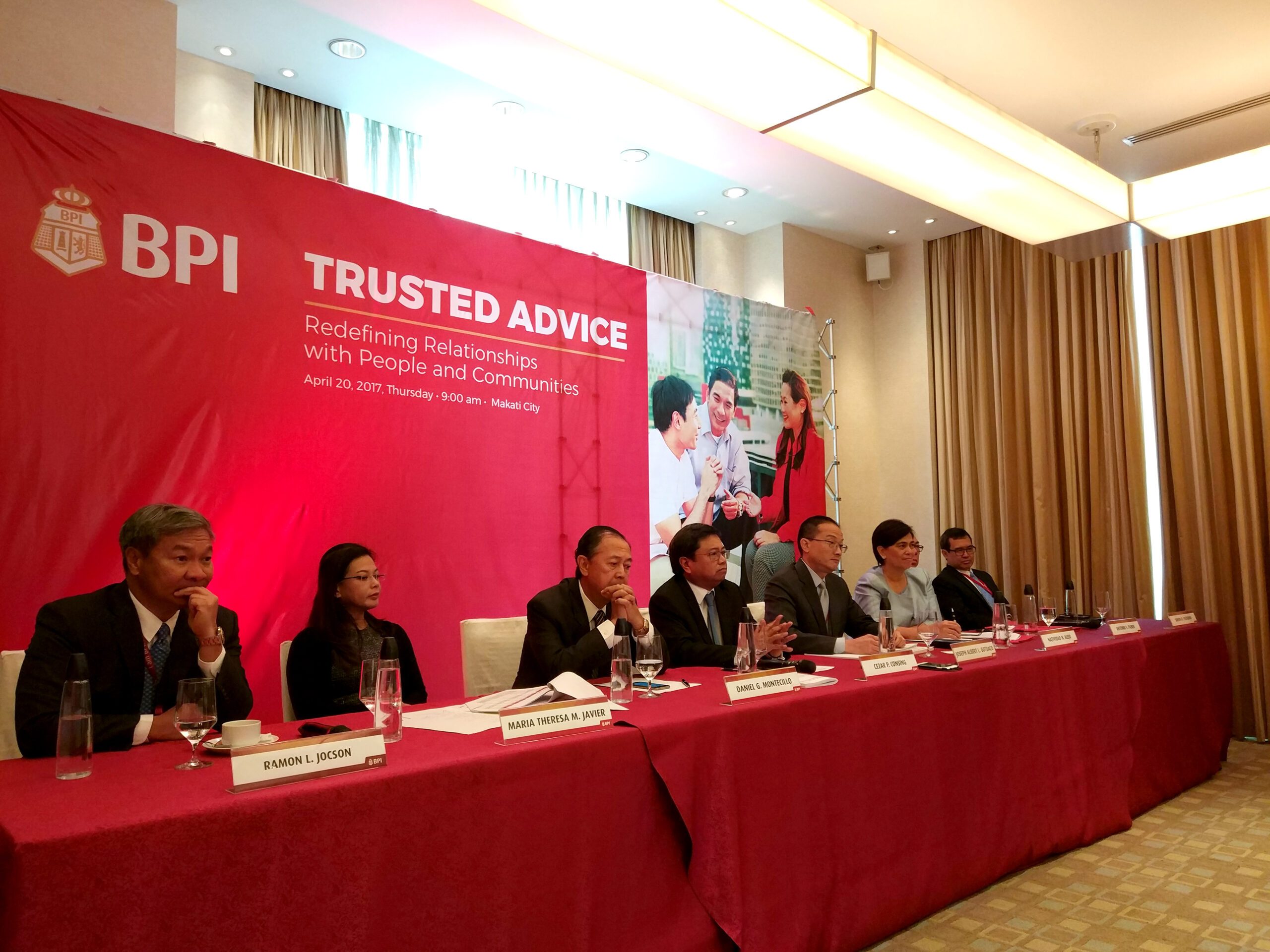 Facebook Twitter Copy URL
Copied
The Ayala-led bank's net income for the entire 2017 inches up by 1.7%, lifted by its 4th quarter net income which grew 14.9%

BPI pointed out, however, that the year-on-year improvement would’ve been higher excluding one-off gains from the sale of securities in 2016 which would’ve seen it post a higher increase of 3.1%.

The bank reported total revenues of P71.02 billion in 2017, up 6.7% as net interest income increased to P48.04 billion, rising 13.4% as a result of asset growth and improvement in net interest margin.

The bank cost-to-income ratio hit 54.3%, slightly higher compared to 52.5% in 2016, driven mainly by digitalization initiatives. Its return on equity was 12.8% and return on assets was 1.3%, slightly lower by 1.0 and 0.12 percentage points, respectively.

Operating expenses for the year totaled P38.53 billion, up 10.3%,  which the bank explained was due to spending on technology, operations, and increased marketing. (READ: BPI on June 6 glitch: ‘100% not a hack’)

It was during this period where the bank raised P12.24 billion from its offering of Long-Term Negotiable Certificates of Time Deposit (LTNCTD), the largest the Philippines’ banking industry has seen so far.

Last November, BPI also announced its Business Banking Segment, a new client group which is geared towards small- and medium-scale enterprises (SMEs). Formal operations started at the beginning of this year.

“We come out of 2017 stronger than ever,” said BPI president and chief executive officer Cezar Consing in a statement.

“While the bank has grown significantly in the past several years, we intend to continue to invest in people, technology, and branches to support and benefit from a surging Philippine economy. Inclusive, profitable growth will be our focus,” he added. – Rappler.com