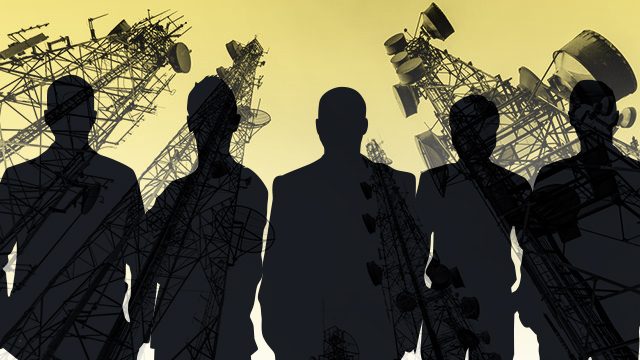 MANILA, Philippines – Companies vying to be the country’s 3rd major telecommunications player should have at least P10 billion in net worth, a congressional franchise, proven technical capability, and should not be related to PLDT Incorporated or Globe Telecom Incorporated.

This is according to the initial joint memorandum circular on the selection of a new major telco player published by the Department of Information and Communications Technology (DICT) and the National Telecommunications Commission (NTC) on Monday, February 19.

Should companies form a consortium, the DICT and the NTC said they should provide evidence that they can raise equity of at least P10 billion, provided that all ownership requirements under the law are complied with.

The winner of the auction, according to the DICT, will be determined according to “the highest calculated and responsive bid,” which amounts to committed investment for 5 years and price of its existing telecommunication facilities.

DICT Acting Secretary Eliseo Rio Jr also identified the frequencies that would be for the new major player (NMP). Aside from representatives of the Commission on Audit (COA) and members of the Oversight Committee, at least two observers will be invited to sit in the proceedings during the pre-selection conference, eligibility checking, as well as examination of bids, evaluation, and post-qualification.

Under the draft rules and regulations, the winning bidder should also “timely pay” the required annual spectrum user fees to the NTC.

The DICT and the NTC are also requiring the winning bidder to cover at least 80% of provincial capital cities and towns as well as 80% of chartered cities within 5 years from the date of award.

The 3rd telco player, according to the draft guidelines, should ensure that its networks and facilities will not have any national security issue and should abide by the National Cybersecurity Plan.

Rio had told reporters that the submission of bids has been tentatively moved to May 18, instead of March, heeding the call of prospective entrants.

The DICT will hold a public forum on February 27 and a public hearing on the memorandum on March 6, Rio had said.

The deadline for the submission of position papers will be on March 12, while the tentative effectivity of the memorandum is on April 5.

President Rodrigo Duterte had previously rejected the DICT’s request to extend the deadline, but prospective contenders have asked for more time to prepare bids and secure partners.

Small local players and foreign powerhouses have been teaming up and forming 3 consortia to vie for the 3rd telco slot, said Rio.