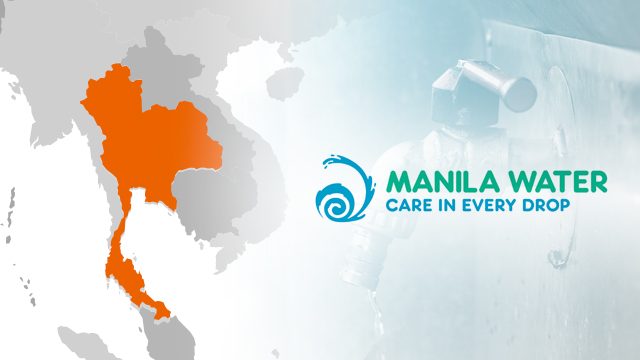 The closing of the acquisition is subject to certain conditions.

Manila Water said it will finance the acquisition through a combination of internally generated funds and bank debt.

East Water is listed on the Stock Exchange of Thailand. It distributes raw and tap water in the provinces of Rayong, Chachoengsao, and Chonburi – Thailand’s main industrial region which is home to a number of heavy industries, including automotive, electronics, and petrochemicals.

The Thai water distributor holds concession contracts to operate in 11 locations, and provides services to several industrial estates situated within a total area of 13,285 square kilometers, which is similar in size to the Calabarzon region in the Philippines.

The move represents Manila Water’s first venture into Thailand’s water industry, with the firm noting that “East Water’s operations are strategically located along the Eastern Economic Corridor which is targeted to be a leading economic zone in the Southeast Asian region.”

“Manila Water marks another milestone in its regional growth, as it establishes its presence in Thailand through East Water. We recognize the opportunities this new market presents for us, and we are eager to share the technical expertise and service quality which Manila Water has developed over the last 20 years,” said Manila Water chairman Fernando Zobel de Ayala in a statement.

Foothold for Ayala in Thailand

Zobel de Ayala, who also serves as president and chief operating officer of Manila Water’s parent firm Ayala Corporation, also pointed out that “[the Ayala Group] sees this development as a strategic entry point into Thailand.”

“With Manila Water leading the way, we hope to leverage our various capabilities to enlarge our footprint in the country,” he added.

Manila Water’s move into Thailand follows its taking a stake in Vietnam’s Saigon Water in 2013. According to the firm, it is now the largest direct foreign investor in Vietnam’s water sector, supplying half of the bulk water requirements of Ho Chi Minh City.