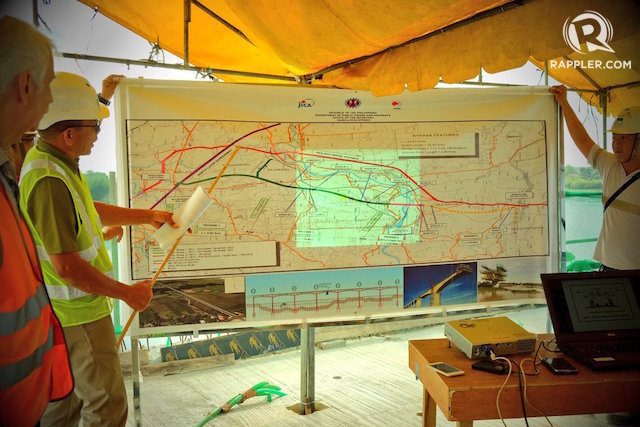 MANILA, Philippines – The Philippines and Japan deepened their economic partnership with the signing of a new loan deal that will see the expansion of a road in Bulacan.

“The government of the Philippines and Japan signed on Wednesday, February 28, the 9.399-billion yen loan agreement for the construction of the 3rd phase of the Arterial Road Bypass Project,” the Department of Finance (DOF) announced in a statement.

“[The project] is designed to ease traffic congestion in Bulacan and spur economic growth in the province’s rural areas,” it added.

Based on the exchange rate as of Wednesday, the loan deal is worth P4.57 billion or $87.8 million.

The DOF also noted that the Philippines will provide counterpart funding of P1 billion (1.476 billion yen or $15 million) for the project, which has a total cost of 10.87 billion yen (P5.26 billion or $104 million).

The Arterial Road Bypass, also known as the Plaridel Bypass Road, is a 24.61-kilometer arterial road that will link the North Luzon Expressway (NLEX) in Balagtas, Bulacan with the Philippine-Japan Friendship Highway, also called Maharlika Highway, in San Rafael, Bulacan.

It will bypass the town proper of Plaridel and the urban areas of Pulilan, Baliuag, and San Rafael – all in Bulacan – along the existing Maharlika Highway.

Phase 1 of the project was completed in November 2012, while Phase 2 is nearing completion and is expected to be inaugurated in May this year.

The loan for Phase 3 of the project, the DOF said, will go towards upgrading and expanding the existing road from two lanes to a 4-lane carriageway national road.

Finance Secretary Carlos Dominguez III signed the agreement on behalf of the Philippines, while Susumu Ito, the chief representative of the Japan International Cooperation Agency (JICA), signed on behalf of Japan.

The Exchange of Notes on this component of the Arterial Road Bypass Project was signed between the Philippines and Japan in November last year when Japanese Prime Minister Shinzo Abe visited the Philippines for the 31st Association of Southeast Asian Nations (ASEAN) Summit and Related Meetings.

“This is, in a word, an economically worthwhile investment. It symbolizes the economic calculation, immediacy of impact, and long-term multiplier effects that we wish to see in all the Build, Build, Build projects,” Dominguez said.

“We are grateful for the generosity of the Japanese people through JICA and the Japanese government as well as the strong support you have extended to us at this key juncture in our own economic emergence,” he added.

The DOF noted that both governments also agreed “to work towards the partial operability by 2022 of, and are looking forward to the signing of the first tranche of the loan for, the Metro Manila Subway Project (Phase I) by March 2018.” – Rappler.com