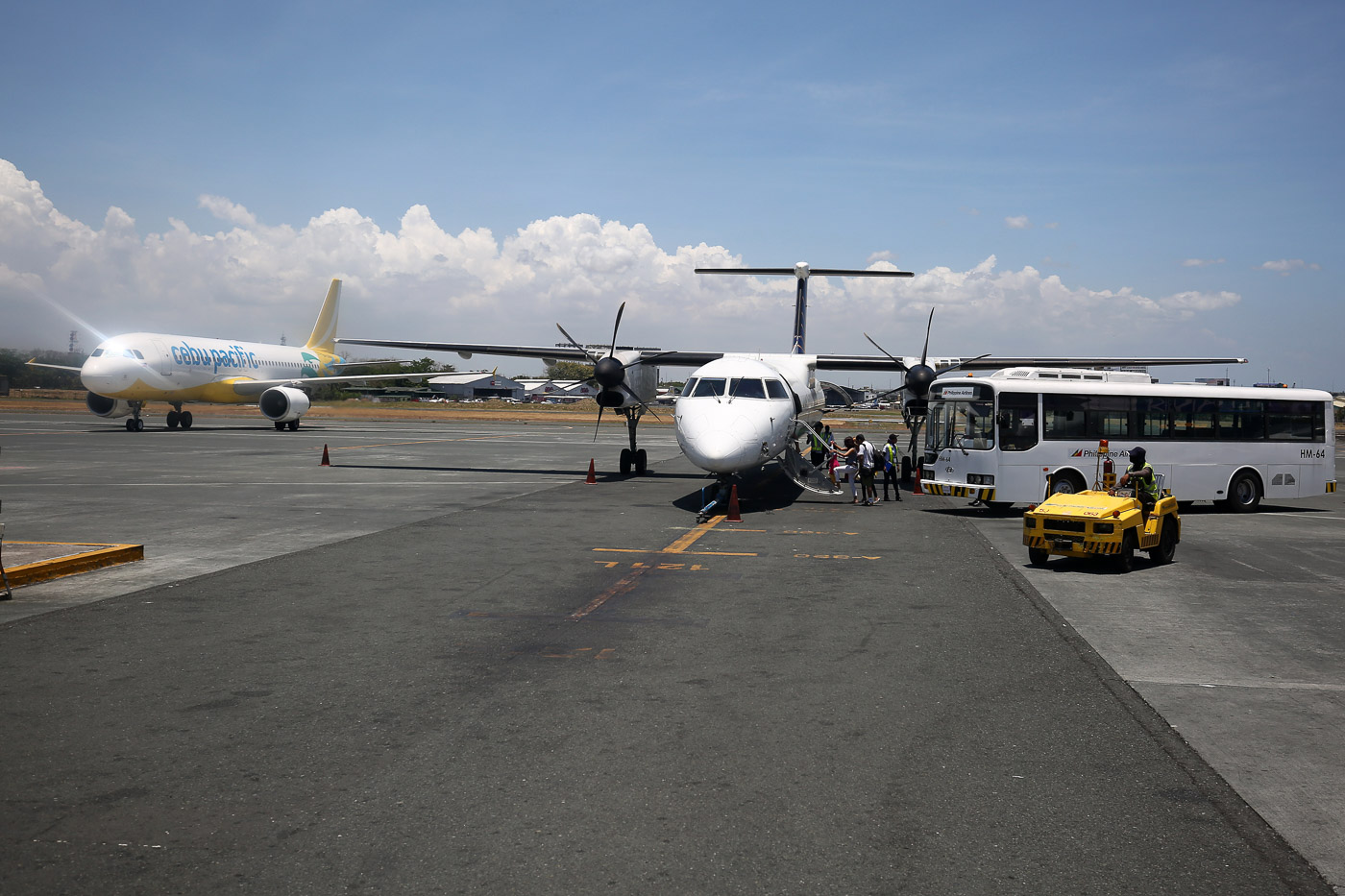 This means the public-private partnership (PPP) frontrunner for airport deals will be competing with the consortium of 7 of the country’s top conglomerates for the original proponent status of the NAIA project.

GMR-Megawide’s proposal provides a lower project cost and shorter concession period compared to that of the NAIA Consortium, which earmarked P350 billion and set 35 years of concession for the project.

While the NAIA Consortium’s proposal provides an option for a 3rd NAIA runway, GMR-Megawide said it is “unviable” to set up another runway at the airport.

“It is our belief that the key to unlocking NAIA’s full potential is to optimize the efficiency of the existing airside infrastructure, which will add up to 50% more movements for NAIA,” Andrew Harrison, chief executive advisor of GMR-Megawide, said in a statement.

Manuel Louie Ferrer, president of GMR-Megawide, said his group’s proposal is anchored on resolving what it perceives as the main issue faced by NAIA: capacity.

“NAIA’s most critical constraint is the limited airfield capacity, which limits its capability to accommodate more flights,” Ferrer said.

“It also has a reduced ability to control delays related to aircraft movement, thereby worsening terminal congestion,” he added.

GMR-Megawide said its $3-billion investment would include all airside, terminal, and landside improvements. It is divided into 3 main phases:

Upon takeover, Ferrer said his group would initiate capacity enhancement of the airside infrastructure, which includes construction of full-length parallel taxiways for both runways, as well as additional rapid-exit taxiways for the primary runway.

The group also plans to extend the secondary runway and provide maximum number of aircraft stands, immediately upon takeover. 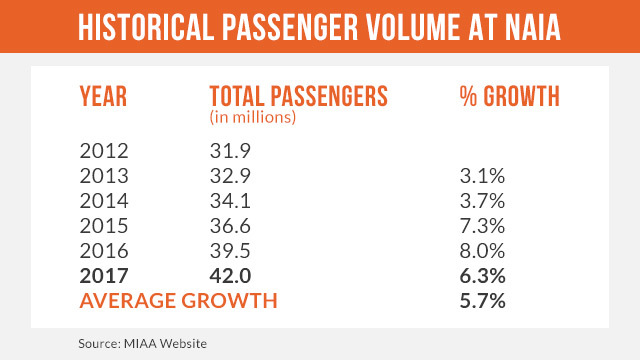 For peak hours, the group aims to increase NAIA’s peak hour aircraft handling capacity by 50%, to 60 from 40.

Within 24 months of taking over operations, GMR-Megawide would also rehabilitate and expand the existing terminals, which would roughly double the space and result in over 700,000 square meters of terminal area.

“At this stage of the proposal, our focus is to further improve passenger experience,” Harrison explained.

Once completed, both the airside facilities and the terminals of NAIA will be able to handle a total annual throughput of 72 million passengers, said GMR-Megawide.

GMR-Megawide proposed to pay the government annual concession fees, which entails a revenue share with a guaranteed minimum revenue component.

Under the build-operate-transfer law, the proposal should not entail any subsidy, equity, or guarantee from the government or any concerned entity like the Department of Transportation (DOTr).

At the end of the concession term, all assets would be handed over to the government at no cost. – Rappler.com