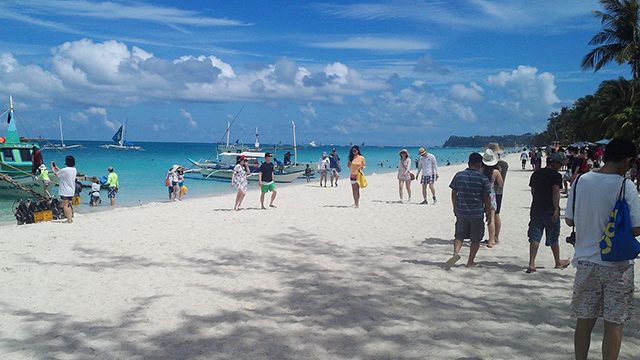 This is amid the government’s plan to “close” the popular island for up to a year to fix its environmental woes.

Leisure & Resorts World said it expects the Philippine Amusement and Gaming Corporation (Pagcor) to grant a provisional license to its Chinese partner Galaxy Entertainment Group Limited “before the end of this month.”

Upon the issuance of the provisional license, Nepomuceno said Leisure & Resorts World, along with Galaxy Entertainment, would begin constructing the integrated resort and casino.

The planned integrated resort and casino would be worth around $500 million.

It was in December 2017 when the PSE-listed Leisure & Resorts World disclosed its plans to set up such a property in Boracay. Aside from the island’s first integrated resort and casino, the construction of a 1,001-room beachfront hotel in Boracay will push through despite the government’s planned island shutdown.

Hannah Yulo, chief investment officer of DoubleDragon Properties Corporation, told reporters on the sidelines of a property launch in Taguig City last Wednesday night, March 14, that her group will not delay the construction of the Boracay hotel.

“We’re still in the planning and design stages. That takes time – finalizing your plan and securing permits,” Yulo said.

The hotel, to be called Hotel 101 Resort-Boracay, is a joint venture project of Hotel of Asia, a subsidiary of DoubleDragon, and Newcoast South Beach Incorporated.

It will be located in Boracay Newcoast, a 150-hectare tourism estate of Global-Estate Resorts Incorporated (GERI), a Megaworld Corporation subsidiary.

For Yulo, the planned shutdown of the island will not dampen the interest of tourists in Boracay – one of the world’s best island destinations.

“I think the cleanup is gonna be a win-win for all the developers in the island,” Yulo said. “It’s a great thing that the government is cleaning up Boracay. In fact, it’s very good for us because when it reopens we’re gonna come back with a stronger and world-class island.”

South Korea remained the country’s top source market, eating up almost a quarter of the total tourist arrivals. Boracay and Cebu remained the top destinations for Koreans in 2017, according to the Department of Tourism. – Rappler.com