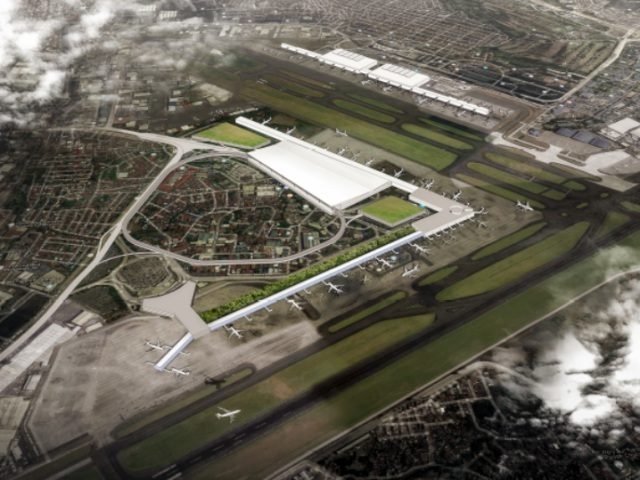 MANILA, Philippines – All passenger terminals of the nation’s busiest gateway, the Ninoy Aquino International Airport (NAIA), would be accessible via the planned Metro Manila Subway and the existing Light Rail Transit Line 1 (LRT1), should the government push through with the P350-billion NAIA upgrade proposal of 7 local conglomerates.

The NAIA Consortium, which is composed of 7 of the country’s biggest conglomerates, seeks to connect NAIA to the planned subway and LRT1 by building a transit system or “people mover.”

“It won’t necessarily be a monorail. It could be light rail. We target to put it in place by 2022,” NAIA Consortium spokesperson Jose Emmanuel Reverente said in a media briefing on Wednesday, March 21.

The transit system would form part of the consortium’s P350-billion proposal to upgrade, operate, and maintain NAIA for 35 years.

“The airport people mover will connect you from NAIA Terminal 1 to Terminal 2, and then underground to Terminal 3,” Reverente said.

“You don’t have to exit [the] NAIA complex,” he added, just to move from one terminal to another. 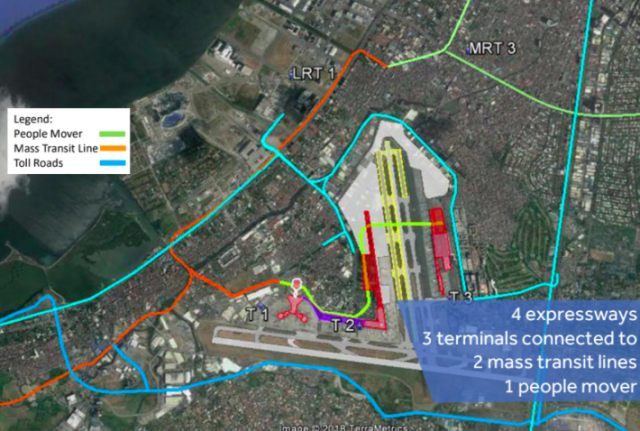 Citing a Department of Transportation (DOTr) letter dated March 12, the NAIA Consortium said it has hurdled the “completeness review” of the unsolicited proposal. This means its proposal is now being reviewed by the department.

The law states that the second complete proposal can be considered if there is a failure in the negotiation of the first proposal.

Should the DOTr reject the NAIA Consortium’s proposal, under the law, it will consider and review the unsolicited proposal of another group – listed Megawide Construction Corporation and its Bangalore-based partner GMR Infrastructure Limited.

It was just on March 1 when Megawide and GMR submitted a $3-billion (P155.97-billion), 18-year unsolicited proposal to rehabilitate, develop, operate, and maintain the dilapidated NAIA.

GMR-Megawide’s proposal provides a lower project cost and shorter concession period compared to that of the NAIA Consortium, which earmarked P350 billion and set 35 years of concession for the project.

While the NAIA Consortium’s proposal provides an option for a 3rd NAIA runway, GMR-Megawide said it is “unviable” to set up another runway at the airport.

“It is urgent for the country to get this project going because doing nothing as a result of a long approval process will set all of us back,” Reverente said.