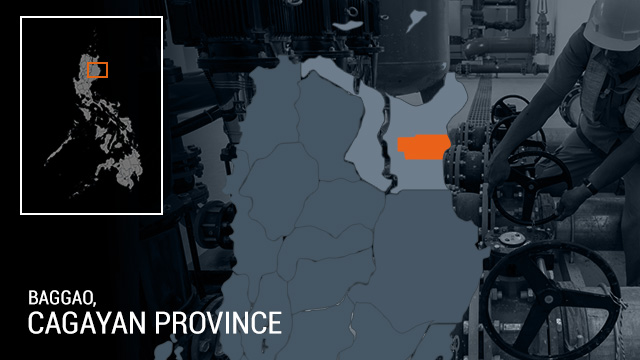 MANILA, Philippines – A lone bidder was declared qualified to participate in the auction for the P84-million water supply project of the municipal government of Baggao in Cagayan province.

The Public-Private Partnership (PPP) Center on Wednesday, March 28, said in a statement that the Baggao municipal government issued a notice of qualification to bid to the Tubig Pilipinas Consortium.

Through its Pre-Qualification Bids and Awards Committee (PBAC), the Baggao municipal government released the notice to the lone bidder of its water PPP project on Wednesday.

A level 3 water supply facility is generally suited for densely populated urban areas, according to the Philippine Statistics Authority (PSA).

“It is a water supply facility with a source, a reservoir, a piped distribution network, with adequate treatment facility, and household taps,” said the PSA.

The Baggao project includes the construction of water supply facilities, including a bulk water source, storage facilities, and transmission and distribution pipes.

The PBAC, led by chairman Jenison Herrera, notified Tubig Pilipinas that it satisfied the requirements for pre-qualification specified to prospective bidders.

Should the municipal government award the deal to Tubig Pilipinas, the consortium would install, operate, and maintain all required equipment and facilities for 25 years.

The instructions and related bid documents are expected to be released on April 20 to the lone bidder.

It was on March 6 when the Baggao municipal government conducted the pre-qualification submission for the water supply PPP deal.

The invitation to pre-qualify and bid had been made on December 22, 2017.

The PPP Center has been providing technical assistance to the Baggao municipal government since the start of the water project development.

Amid the shift in funding of major infrastructure projects to official development assistance and local financing, the PPP Center has been rebuilding its pipeline and focusing instead on helping local government units. – Rappler.com