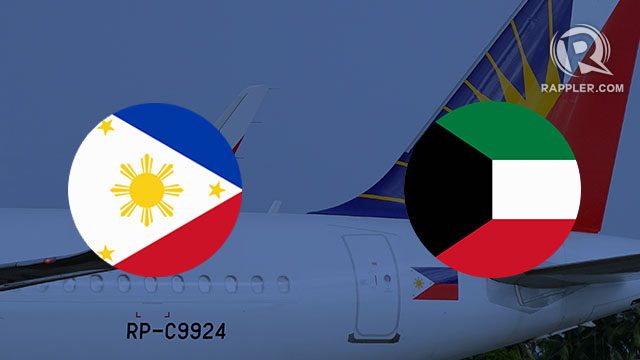 On its Facebook page, PAL said “the ongoing slowdown in OFW (overseas Filipino worker) travel to Kuwait has made regular operations economically unsustainable.”

The Philippines had barred the deployment of OFWs to Kuwait back in February over cases of abuse. The most high-profile case is that of slain domestic helper Joanna Demafelis, whose employers were recently sentenced to death for her murder.

PAL noted that it has repatriated nearly 900 distressed Filipino workers from Kuwait to Manila.

The flag carrier said the suspension of its Manila-Kuwait and Kuwait-Manila flights will remain “until such time that market conditions on the route improve.”

“PAL will continue to serve Kuwait through our flights to Dubai, Abu Dhabi, Doha, Riyadh, Jeddah, and Dammam, as the airline with the largest network of routes between the Philippines and the Middle East,” it added.

Those affected by the suspension of flights have the following options:

PAL said it will shoulder the cost of flights on other airlines, if passengers choose that option.

All rerouting and rebooking charges will also be waived.

Passengers in the Philippines may call hotline number 855-8888, or visit a PAL ticketing office or partner travel agent.