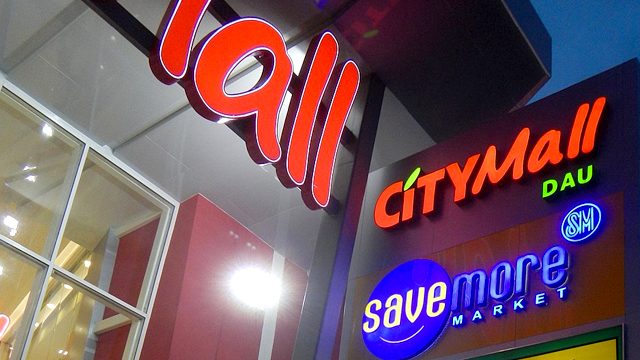 DoubleDragon told the stock exchange on April 6 that it “has simultaneously signed 10-year lease contracts amounting to P4.97 billion for an additional 22 SM Savemore Supermarkets in CityMall sites located in various parts of Luzon, Visayas, and Mindanao all slated for opening this year 2018.”

The disclosure pointed out that the signed lease contracts involve only the supermarket lease for the 22 additional CityMall sites that are expected to open within the year.

DoubleDragon chief investment officer Hannah Yulo noted that the firm’s target of 100 CityMalls, once completed, will be “expected to generate at least P20 billion in rental income during the first 10 years of operations to just from supermarket tenants alone.”

“We now have 28 operational malls, plus the 22 more malls slated for completion this year. We are in line with our goal of having 50 completed malls by the end of this year,” said DoubleDragon chairman Edgar “Injap” Sia II in a statement.

Last year, DoubleDragon revised its growth targets to 1.2 million sqm of gross leasable and net income to P5.5 billion by 2020, from its initial target of P4.8 billion as the listed firm detailed plans to offer over P7 billion worth of additional shares.

CityMalls are predominantly lcoated in areas outside Metro Manila, and focus on delivering only basic necessities. Generally, the supermarket, cinema, services, and food tenants combined occupy more than 70% of a typical CityMall.

“In parallel, these two transitions are expected to make expansion into CityMalls more and more critical to modern retail tenants seeking to hedge their exposure against the disruptive digitalization of the retail environment in Metro Manila,” Sia explained.

“We expect the inflection point of these transitions to be felt within the next 3 years, just in time for the completion of our goal of having a strong network of 100 CityMalls in the provincial areas of the Philippines,” he added. – Rappler.com