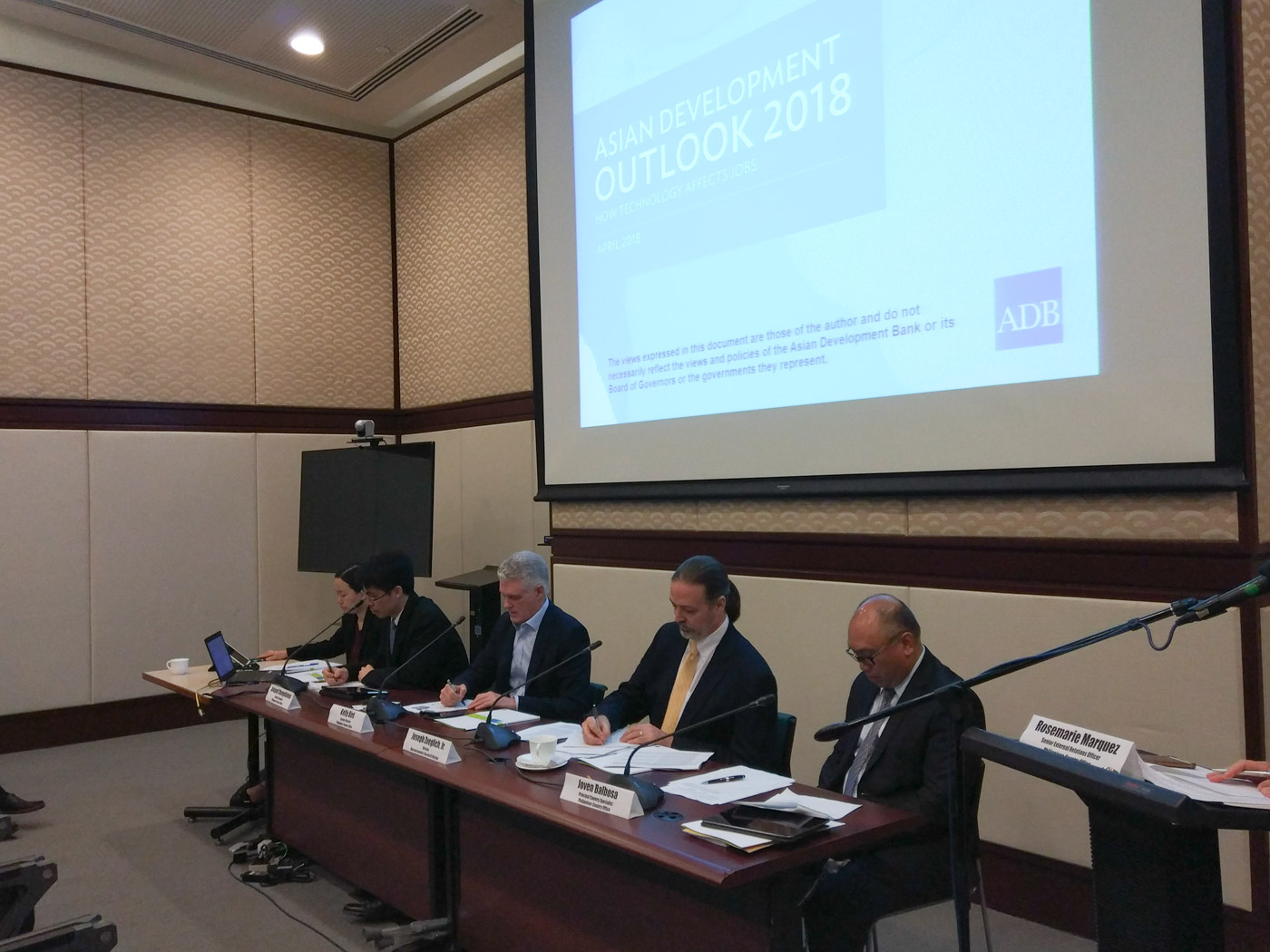 MANILA, Philippines – The Philippines is experiencing a unique period of growth and is expected to continue along that path in the short term, according to the Asian Development Bank (ADB).

ADB Country Director for the Philippines Kelly Bird pointed to domestic demand and the government’s infrastructure program as factors that will fuel growth for the next few years.

“The Philippines is going through a golden age of growth. It’s been a period of high and sustained economic growth, the longest in 50 years. It’s also been economic expansion that has occurred in a very sound macroeconomic environment,” he said during the launch of the report.

Bird noted that compared to previous growth periods, this one “has occurred with relatively moderate inflation along with a strong fiscal position, noting a deficit of 2.2% of gross domestic product (GDP) last year.”

“You’ve seen debt as a share of GDP decline to around 42%, the lowest level in terms for 20 years. You have the investment grade credit ratings and we’re also seeing a labor market that is growing robustly. Taking all those factors together, it’s quite a virtuous cycle and that’s why I think it’s a golden age for the Philippines,” he added.

The ADB report  also pointed to the services sector, supported by manufacturing and the construction industries, to continue to drive GDP growth.

It also noted that the newly introduced tax reform program is expected to augment tax revenues and provide fical space for public spending, while inflation is projected to reach 4% in 2018  and 3.9% in 2019, as global oil and food prices rise, and higher excise taxes take effect.

The ADB report noted that “one major policy challenge” to the growth outlook is managing the rollout of the government’s Build, BuildvBuild infrastructure program which is expected to raise public spending to 7.2% of GDP by 2022, from 4.5% in 2016.

It also pointed to external risks, including heightened volatility in international finance markets and uncertainty about global trade though the report also noted that “the country’s strong external payments position would cushion these affects.”

Southeast Asia, in particular, is projected to maintain its 2017 growth rate of 5.2% for 2018 and 2019,  driven by strong investments and consumption in the Philippines, Indonesia, and Thailand; and industrial expansion in Vietnam. – Rappler.com