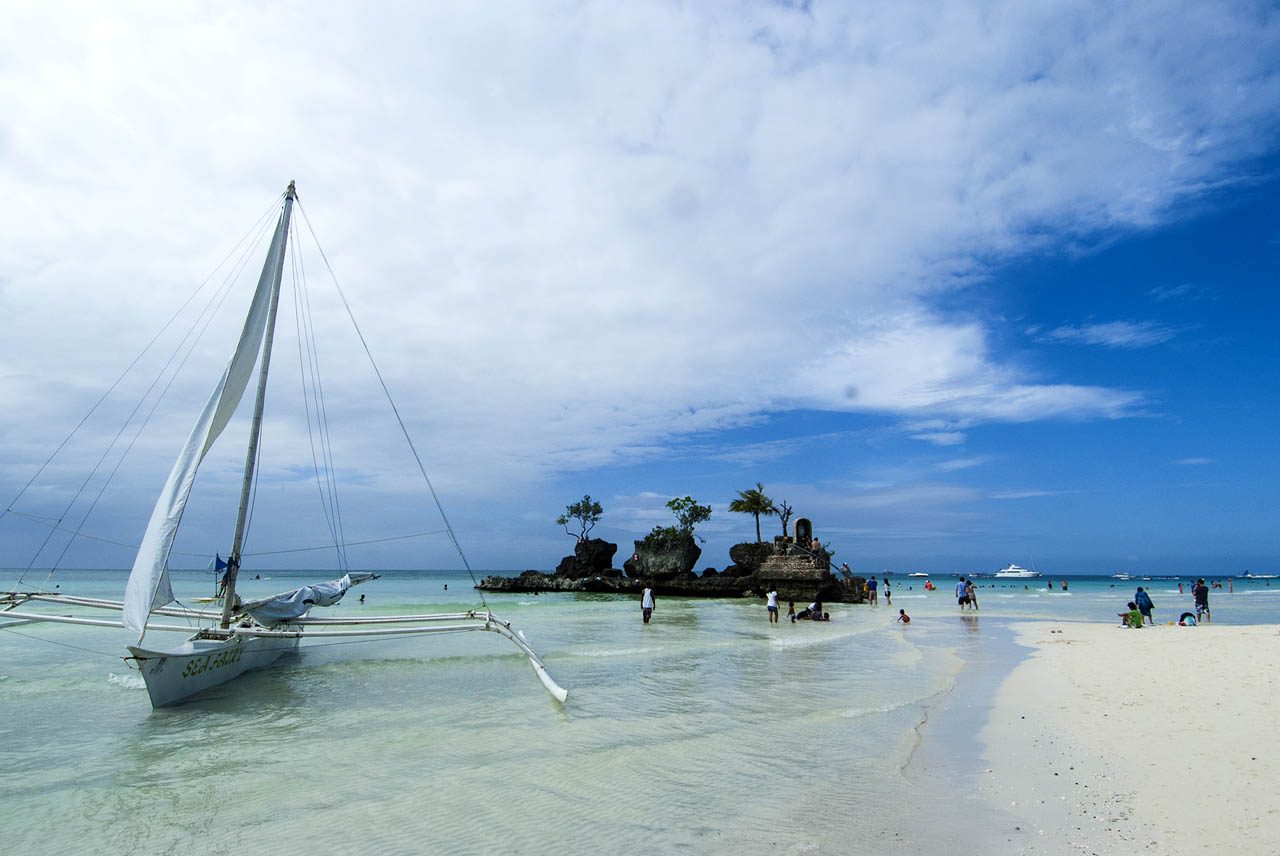 Facebook Twitter Copy URL
Copied
(UPDATED) Contrary to the statement of the Department of Tourism, Leisure & Resorts World Corporation says it has not abandoned its Boracay project with Galaxy Entertainment

MANILA, Philippines (UPDATED) – The local partner of Chinese casino operator Galaxy Entertainment Group denied that they have abandoned plans to build an integrated casino and resort in Boracay.

Leisure & Resorts World Corporation on Tuesday night, April 17, said it continues to be in talks with Galaxy Entertainment.

This is in response to the pronouncement made by Tourism Assistant Secretary Frederick Alegre that Boracay Philippines Resort and Leisure Corporation (BPRLC) – the joint venture of Galaxy Entertainment and Leisure & Resorts World – is now looking for another venue for its planned $500-million, 23-hectare integrated resort and casino.

BPRLC on March 21 bagged a provisional gaming license from the Philippine Amusement and Gaming Corporation (Pagcor) – just a few days before President Rodrigo Duterte ordered the 6-month closure of the island starting April 26.

“Both parties have not reached any final decision regarding its planned Boracay resort project. Following protocol, no change in plans or project location would be made without prior consultation and agreement with Pagcor,” Leisure & Resorts World said in a statement.

“Contrary to claims that Galaxy has abandoned its planned Boracay project, no such announcement has been made nor communicated with Pagcor,” the listed firm added.

This comes a week after Malacañang said, “no casinos in Boracay, period.”

On August 3, 2017, AB Leisure Global Incorporated, a subsidiary of Leisure & Resorts World, formally applied for a license to operate a casino in Boracay.

It was in December 2017 when Galaxy Entertainment chairman and founder Lui Che Woo paid a courtesy call on Duterte to discuss his firm’s plan of investing as much as $500 million for a “low-rise, eco-friendly resort development” in Boracay.

A deed of assignment between AB Leisure Global and BPRLC was then signed last January 9.

On January 13, Pagcor stopped accepting and evaluating applications, after Duterte imposed a moratorium on new casinos.

Months after, Leisure & Resorts World bought a 23-hectare land in Boracay for the casino-resort.

Pagcor noted that after bagging a provisional gaming license, BPRLC must then secure a Notice to Commence Casino Operations and eventually, a regular casino gaming license, to push through with the Boracay project.

Once the project pushes through, Galaxy Entertainment Group had said it will be in charge of the casino-resort’s development and operations. – Rappler.com