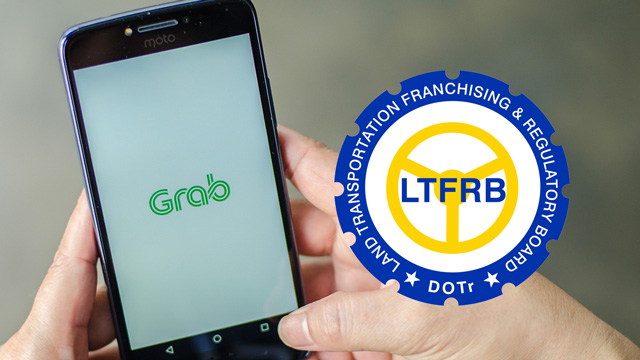 In a text message, LTFRB Chairman Martin Delgra III confirmed to Rappler on Thursday, April 19, that the board issued an order to “suspend the imposition of P2-per-minute charge” on Wednesday, April 18.

“[The order was] issued yesterday [and is valid] until further order,” Delgra said.

LTFRB maintains that it did not approve the additional charges, consistent with its December 27, 2016 order that regulated the fares of ride-hailing companies.

“We already have said that it’s a settled issue. Meron bang approval? Wala. And if fact, they have admitted that the public was not informed. Kung may approval ‘yan sa Board, malalaman ‘yan sa publiko na ito na ang bagong fare structure ng Grab,” Delgra said in a media interview on Thursday.

(We already said that it’s a settled issue. Was there approval? None. And in fact, they have admitted that the public was not informed. If it got the approval of the board, the public would be informed of Grab’s new fare structure.)

PBA Representative Jericho Nograles had accused Grab Philippines of charging an additional P2-per-minute travel charge on top of its government-approved scheme. Nograles is demanding that Grab refund its customers a total of P1.8 billion in supposed overcharged fares for the last 5 months alone.

The lawmaker’s allegation prompted an LTFRB hearing to determine the validity of the travel charges.

Nograles thanked the LTFRB for the suspension order.

“We thank the LTFRB for the suspension of the P2/minute charges that were clearly not approved by the Board and were kept secret from the operators, drivers, and riders,” he said in a statement sent to Rappler.

“I hope that refund for these hidden charges will be ordered soon, as well and that the drivers are spared from paying this refund as they played no part in reprogramming the Grab algorithm to include these secret charges.” Nograles added.

Grab Philippines on Wednesday admitted that its riders were not informed when the additional charges were rolled out mid-2017, but maintained that this is legal.

Grab Philippines head Brian Cu had said that travel charge “went to the drivers” and “was reinvested by way of incentives or promos for passengers.”

The LTFRB will conduct its next hearing on the alleged illegal charges on May 29. – Rappler.com