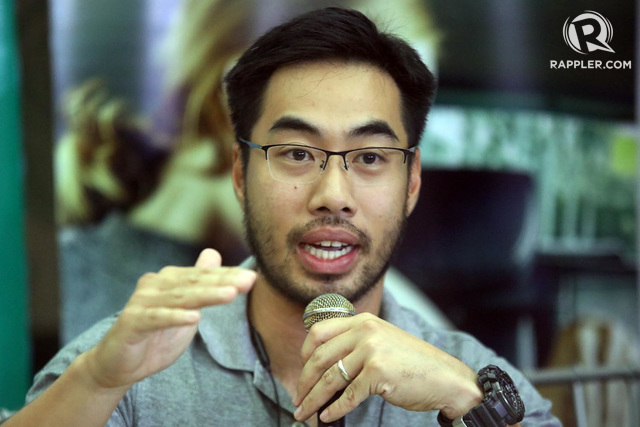 Grab Philippines country head Brian Cu on Monday, April 23, said in a statement that his firm will continue imposing sanctions, like suspension and complete banning from the platform, on drivers with a 10% or above cancellation rate per week.

“Only 5% cancellation rate is allowed as metric for incentives… We apologize that our services fell short. However, we will move forward. We have rolled out additional and stricter measures to address issues on cancellations and this is just the start,” Cu said.

According to Grab, some drivers were suspended for 3 to 5 days. No further details or breakdown of the sanctions were given.

Cu also said his company may sanction passengers who themselves have been reported. (READ: Indonesia’s Go-Jek eyes Philippine ride-hailing market)

“While we do our best to further improve driver services, we hope that our passengers would also do their part and exercise the same level of commitment. We encourage our passengers to be responsible by maintaining minimal and valid cancellations and keeping wait time to no more than 7 minutes. Passengers with reported complaints may also face sanctions,” Cu added.

Blaming it on LTFRB order

Cu, however, also blamed the ride cancellations on the Land Transportation Franchising and Regulatory Board (LTFRB) order to suspend his company’s P2-per-minute travel charge.

“[D]river cancellation rate doubled at 11% last Friday and Saturday (April 20 and 21), and were predominantly driven by low fares. As a result, drivers drove less and Grab was only able to service half of the passenger demand,” he added.

The LTFRB’s order came after a complaint lodged by PBA Representative Jericho Nograles. Grab then admitted that its riders were not informed about the P2-per-minute travel charge when it was first implemented in June 2017.

After the LTFRB ordered Grab to stop the P2-per-minute travel charge, the ride-hailing firm filed a motion for reconsideration, saying the alleged illegal charge goes to the drivers and not to the company.

“[T]he P2-per-minute travel time fare component was legal [based on a 2015 Department of Transportation order], and necessary to protect the livelihood of driver partners while sustaining transport demands of the riding public. [T]he P2 is not a Grab income because 80% goes to the driver directly while the 20% is spent on driver incentives and rider promos,” Cu said.

Last Friday, the LTFRB approved Grab’s petition to restore its surge cap to two times from 1.5 times the normal fare. This means that the surge pricing cap is at most twice the rates for time covered and distance traveled only, and not for the base fare.

Grab has promised to improve its services for the good of the riding public. – Rappler.com