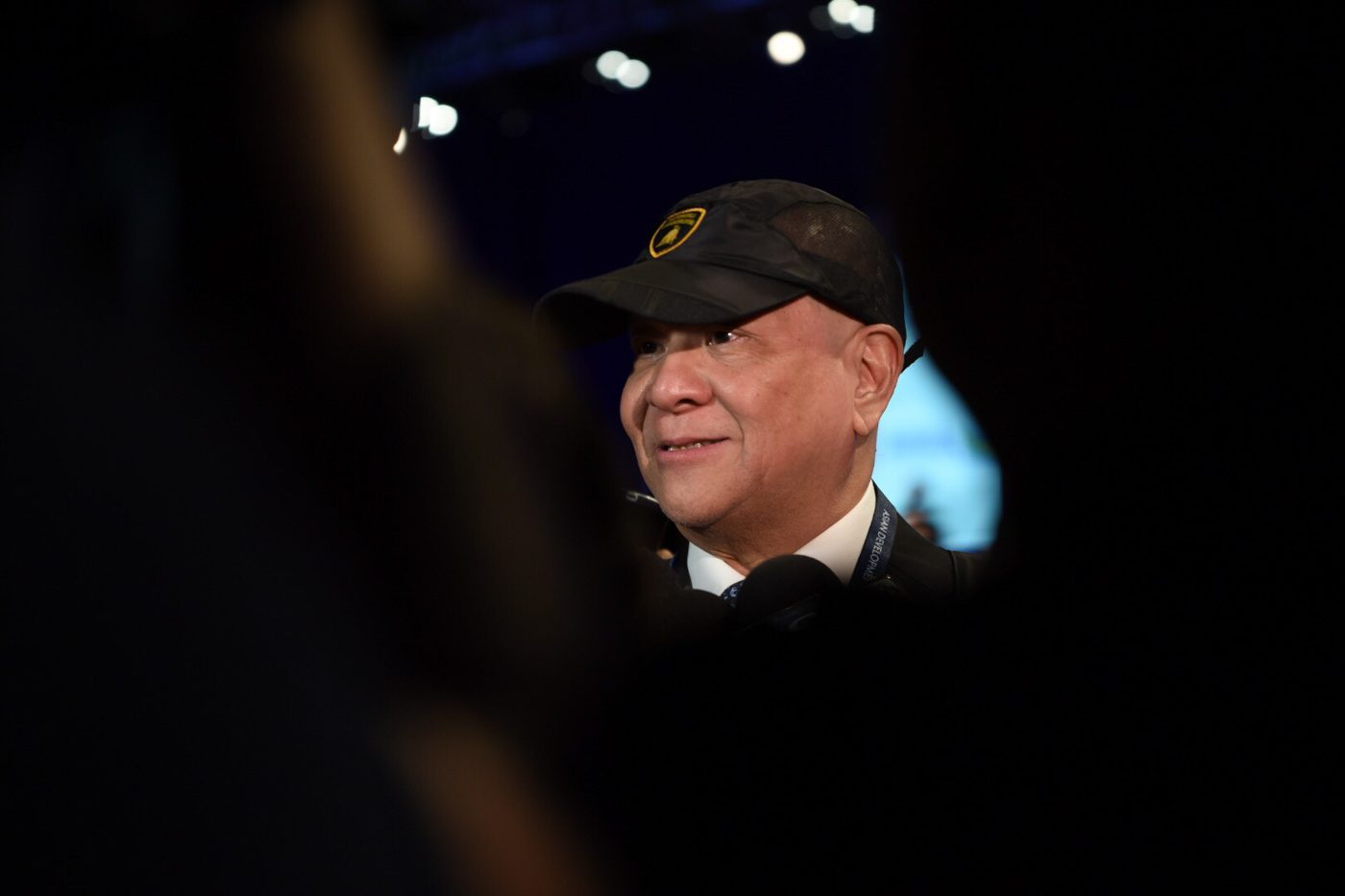 Facebook Twitter Copy URL
Copied
'If you look at [our] balance sheet and cash flow, we can easily do the airport alone,' says Ssn Miguel Corporation President Ramon Ang

MANILA, Philippines – San Miguel Corporation (SMC) is bullish on the prospects of its proposed new airport in Bulacan, saying it can even self-finance the P700-billion project.

“It’s still going through evaluation by the Department of Transportion (DOTr). We just have to wait on that” SMC President Ramon Ang said on the sidelines of the Asian Development Bank’s 51st forum held on Friday, May 4.

Among other things, the DOtr is expected to put the project to a Swiss challenge. The final concession agreement would then need the final approval of President Rodrigo Duterte, the NEDA Board chairman.

The government previously welcomed the project but noted that it needed to study the financial details and viability of project.

Ang downplayed financial viability concerns. “If you look at [SMC’s] balance sheet and cash flow, we can easily do the airport alone,” he told reporters.

“We are confident that the airport will be good for our country and will bring in at least 20 million foreign tourists. With that I think it will create millions of jobs for Filipinos,” he added.

The project involves an airport covering 1,168 hectares and a city complex to be built in a 2,500-hectare area in Bulakan town, Bulacan.

SMC’s proposal is one of a slew of private sector initiatives to decongest the Ninoy Aquino Internatioal Airport (NAIA), the country’s main gateway.

Late last year, several of the country’s biggest conglomerates grouped together to form a super consortium and submitted a P350 billion unsolicited bid to upgrade and operate the existing NAIA complex.