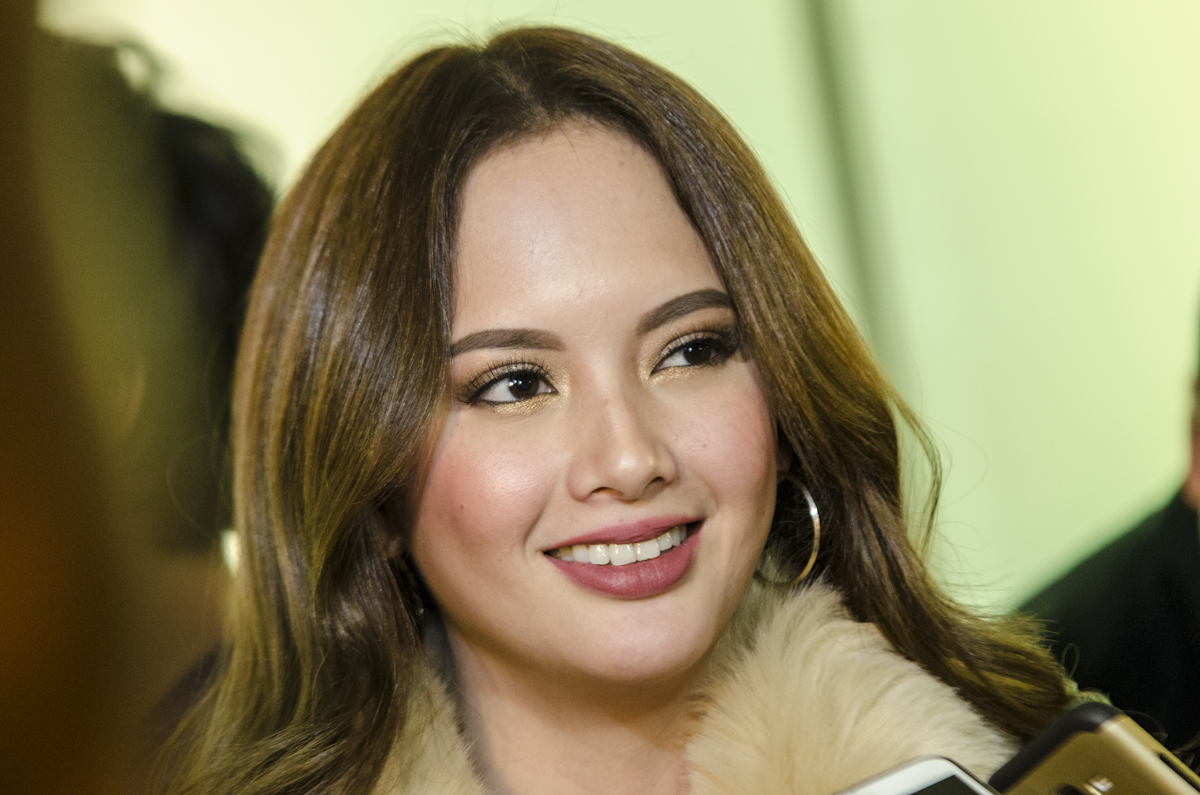 MANILA, Philippines – Actress Ellen Adarna is obviously weary of the “pap(arazzi)” but she apparently didn’t notice the invasive stare of the digital camera during her trip to Amanpulo, Palawan.

On Saturday, May 19, someone reportedly sent a photo to entertaiment website Pep, which showed the actress’ growing baby bump. Fashion Pulis, a gossip blog, also shared a photo of a very pregnant Ellen and boyfriend John Lloyd walking at the beach.

Ellen and John Lloyd are currently vacationing in the island. The two have been tight-lipped about their relationship even after reports of Ellen’s pregnancy emerged last year. (READ: #Couplegoals: The low-key relationship of John Lloyd Cruz and Ellen Adarna)

John Lloyd had recently declined to give ABS-CBN an inteview when he was spotted at an art exhibit in UP Diliman.

The couple’s trip to Amanpulo comes mere days after Myra Santos, mother of a 17-year-old whom Ellen publicly accused of trying to take a picture of her, filed a case against the actress. Both Ellen and John Lloyd have remained silent on the issue. (READ: Ellen Adarna faces charges over Instagram story of minor – reports)

Ellen has continued to be active on social media but has avoided showing even hints of her pregnancy. – Rappler.com