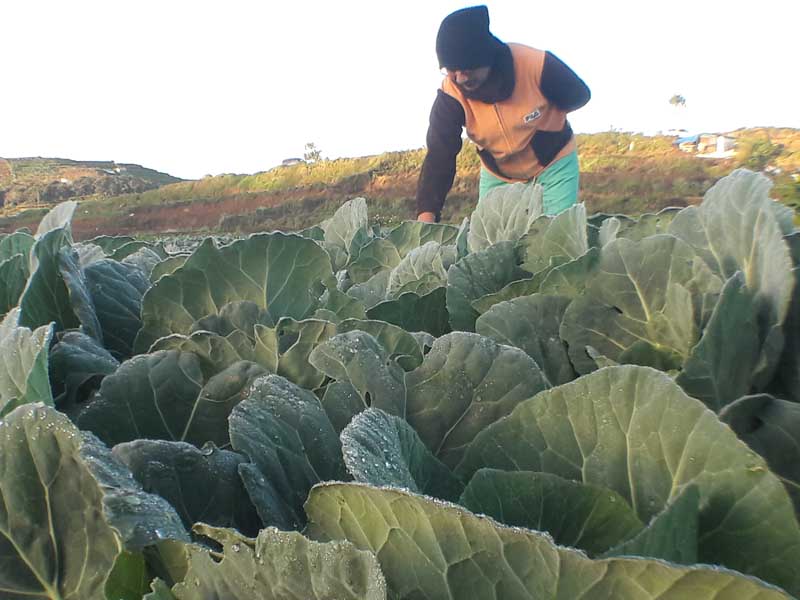 MANILA, Philippines— Farmers can worry less about losing income due to natural calamities, should Congress pass a proposed law on climate-based crop insurance.

Senator Cynthia Villar, chair of the Senate agriculture committee, said she expects the climate-based crop insurance law to be approved within the year. She said this is the first bill to consider weather conditions as a trigger for insurance claims.

“Instead of giving funds for calamity, we will just give farmers climate-based crop insurance,” Villar said on Thursday, May 31.

Senate Bill 1759 sets a “trigger or threshold reference point” on extreme weather conditions. Some of the parameters include wind strength, amount of rainfall, and humidity.

The trigger points would be determined by the Philippine Atmospheric, Geophysical, and Astronomical Services Administration (PAGASA). Once that threshold is breached, insurance providers would be obliged to make a payout to the farmers.

Villar added that the government would shoulder the premium, and said she hopes all crops would be covered in the measure.

To avail of the insurance, the Villar proposed that farmers should inform the municipal or city agriculturist at least 45 days before the start of crop planting. Farmers need to provide details such as the crop to be insured, the farm area and location, the target planting date, and the expected harvest time. (READ: Climate change creating ‘new poor’ in PH)

The bill also proposed the creation of an agency under the Office of the President dedicated solely to monitor and implement the program.

Similar bill at the House

A similar measure was proposed by Representative Arthur Yap, who was agriculture secretary under the Arroyo administration. The bill was approved on final reading in February.

House Bill 6923 aimed to mandate of the Philippine Crop Insurance Corporation (PCIC) to provide insurance coverage for palay and corn crops, high-value commercial crops, livestock, and aquaculture products. The insurance coverage is also extended to non-crop assets such as machines and equipment.

Excluded from the insurance coverage are losses arising from avoidable risks such as fraud.

While the House version designated the PCIC for the measure, the Senate wanted private companies to offer weather-based insurance products.

“There would be competition. It is also good business,” Villar added.

Villar said that they have talked to some 6 companies interested in the law.

According to the Philippine Statistics Authority, rice and corn farmers lost a total of P54.8 billion between 2000 to 2012, or an average of P4.2 billion a year. Meanwhile, the Department of Agriculture reported a total loss of P106.9 billion in weather damages for all crops from 2000 to 2010. (WATCH: Help farmers adapt to climate change) – Rappler.com