Jun 26, 2018 12:56 PM PHT
Aika Rey
Facebook Twitter Copy URL
Copied
Grab Philippines says it would comply with the LTFRB order but hopes that the suspension would be lifted soon 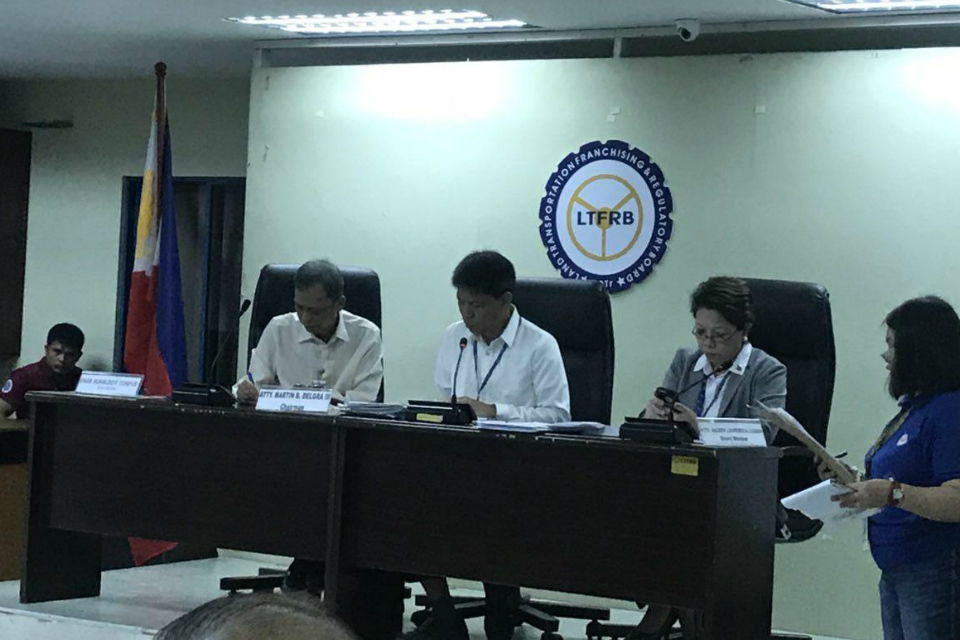 During the 3rd hearing on the issue on Tuesday, LTFRB said that the charge will remain suspended pending the resolution of questions on its legal basis.

“The decision on the suspension and the resolution will be resolved as one,” LTFRB Chairman Martin Delgra III told Grab Philippines.

PBA Representative Jericho Nograles had earlier accused Grab of illegally charging its customers P2 per minute of travel on top of its government-approved pricing scheme. The charge, which the LTFRB was not informed about, was suspended in April.

The ride-hailing company appealed the suspension, saying that the order is “contrary to the law” and would “cause irreparable damage” to riders and drivers.

Under the government-approved fare scheme, Grab can only charge a flagdown rate of P40 and an additional P10 to P14 per kilometer, a December 2016 order said.

Grab Philippines said it would comply with LTFRB’s order but hopes that the suspension would be lifted soon.

“We hope to get some resolution very soon, matagal nang naghihintay ang mga drivers para dito (the drivers have been waiting for this for some time). At least, they can perform better and serve the public better,” Grab spokesperson Leo Gonzales told reporters in a media interview.

“The impact is not really with Grab but with the drivers. We have to also take other factors – oil price hike, inflation – which contributes to the drivers earning less. The P2 per minute charge is the equalizing factor,” Gonzales added.

Grab also said that some drivers stopped driving for the ride-hailing company, citing lesser income to sustain their families.

Gonzales said that only around 30,000 drivers are available for over 600,000 bookings daily, and called on the LTFRB to accept new transportation vehicle network services (TNVS) drivers. (READ: Brian Cu: Grab driver cancellations down by 50%)

The next hearing on the alleged illegal charge is set on July 25.

Grab earlier admitted that riders were not informed of the travel charges when first added to their fares mid-2017.

In a bid to regulate fares, the Department of Transportation issued an order on June 11 giving LTFRB the full authority over fare regulation of ride-hailing companies. – Rappler.com