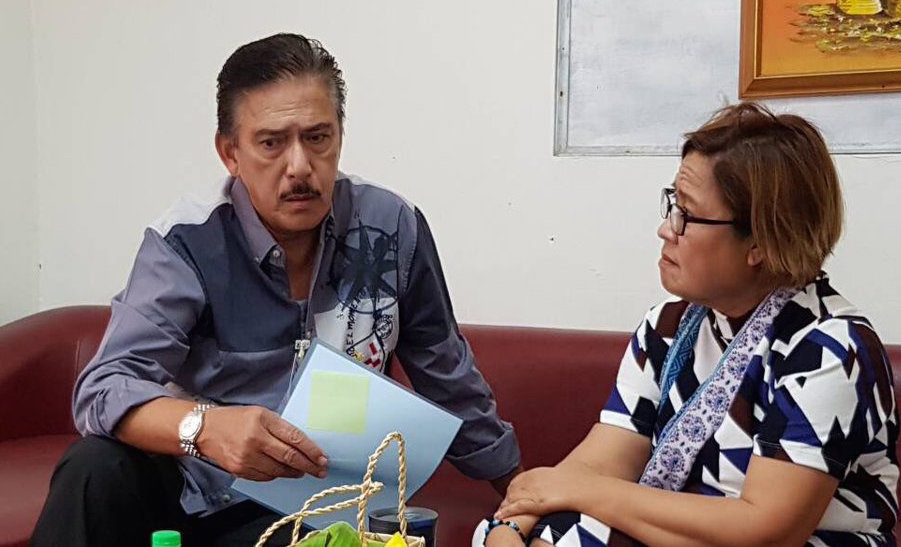 Sotto spent 37 minutes at the Philippine National Police Custodial Center. Sotto said he and De Lima talked about her status in detention, as well as her Senate-related concerns.

“I visited Senator De Lima to check on her condition. We also discussed the bills she is pursuing and how she can join in the hearings,” Sotto told reporters in a text message.

“[We talked about] her committee on social justice pending measures. Concerns on hearing ang reporting out of bill procedures, which I promised to look into,” he added.

Sotto said it was his “personal initiative,” as he wanted to know how a colleague is doing. He pointed out that he also paid visits to previously detained colleagues, such as Senator Antonio Trillanes IV, Senator Gregorio Honasan, and his friends, former senators Juan Ponce Enrile, Jinggoy Estrada, and Bong Revilla.

Sotto said De Lima was not asking for any special favors, saying the latter said she was being “treated fairly” and was “content in receiving the same treatment as other detainees.”

He earlier said the same suggestion was made in the previous Congress but was not implemented in relation to Enrile, Estrada, and Revilla, who were detained during the under the Aquino administration for alleged misuse of their Priority Development Assistance Funds or pork barrel. It was De Lima, who was justice secretary then, who recommended filing charges against them.

In response, De Lima thanked Sotto for visiting her and hearing her out.

“I am grateful to Senate President Sotto’s visit here today in my detention quarters,” De Lima said in a statement.

“We have talked about how I can actively participate in Senate hearings and in pushing for significant legislative measures that will improve the plight of our countrymen. I am looking forward and assured the Senate leadership to work with them closely in fulfilling my duties,” she added.