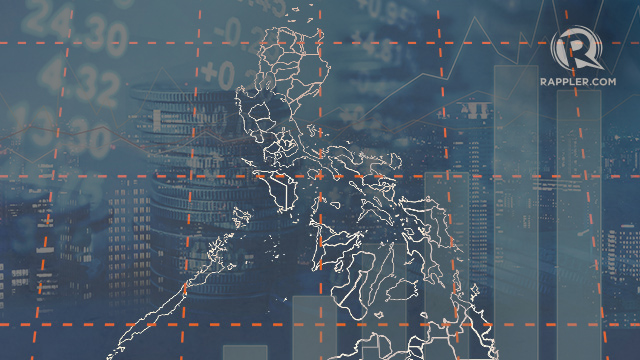 MANILA, Philippines – Moody’s Investors Service kept its investment-grade rating for the Philippines, but warned against threats to the economy due to political developments and a possible shift to federalism.

Moody’s maintained a stable outlook on its Baa2 rating on Philippine debt and expected the economy to improve. The country’s robust economy also countered struggles on raising the per capita income and issues on its revenue-raising capacity.  (READ: The Philippine economy’s health under Duterte)

“Moody’s expects that growth will remain robust and that the Philippines’ fiscal metrics will strengthen somewhat as the government continues to make progress on its socioeconomic reform agenda, but these trends are likely to fall short of bringing the Philippines’ credit profile in line with higher-rated countries,” Moody’s said.

However, the rating agency warned changes in governance frameworks could hit public finances and may affect the Philippines’ credit rating.

A higher rating means a lower the cost of borrowing in foreign currencies. A better rating also attracts investors.

For instance, Moody’s cited the recent Supreme Court ruling that redefines the internal revenue allotment (IRA) for local governments, as well as the proposed shift to a federal form of government.

“In each of these cases, the fiscal impact will in part be determined by the degree to which spending commitments will be devolved to the local levels of government. The shift to federalism would also likely incur an expansion in the aggregate size of the government and, hence, public expenditure,” Moody’s said.

“The Philippine president’s contentious policies on law and order over the past two years as well as other political controversies may have a negative impact on the Philippines’ attractiveness to financial and physical asset investors,” it added.

Moody’s also flagged the country’s “relatively weak rule of law and control of corruption” that is dragging down “institutional capacity as compared to peers.”

The June inflation clocked in at 5.2%, while the peso has depreciated over 6.5% this year and is among the most unloved in the region. (READ: Additional fees, price increases burden Filipinos)

Despite the drags, the rating agency lauded the ability of the Bangko Sentral ng Pilipinas (BSP) for its ability to maintain monetary and financial stability.

“The Philippines is buffeted by a number of headwinds that contribute to inflationary pressures. Based in part on the strong track record of BSP in maintaining monetary and financial stability,” it added