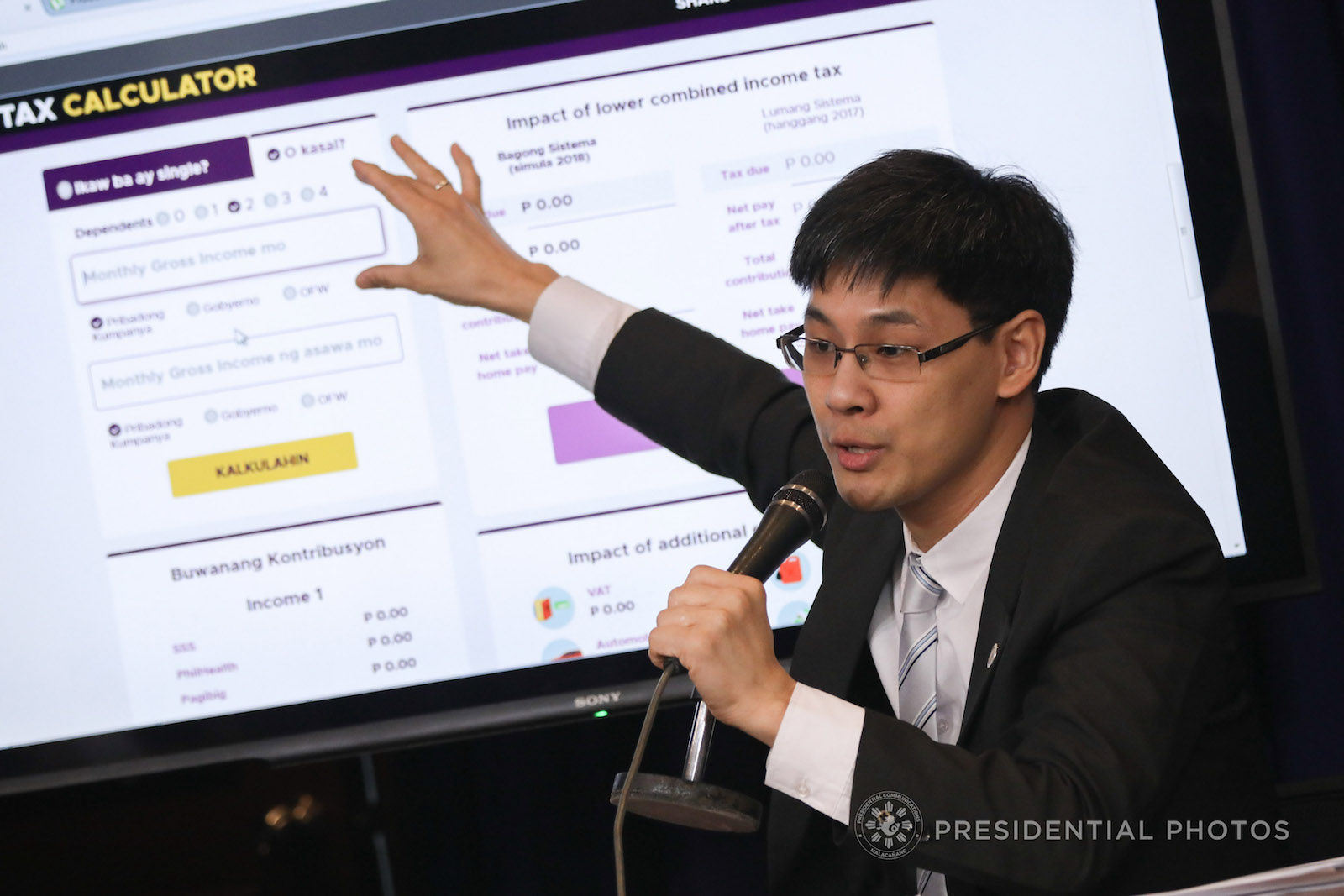 MANILA, Philippines – The Department of Finance (DOF) allayed fears there would be job losses under the Tax Reform for Attracting Better and Higher Quality Opportunities (Trabaho) bill.

Finance Undersecretary Karl Kendrick Chua said on Wednesday, August 22, that while some jobs may be cut from some sectors, employment in other sectors would experience growth due to lower corporate income taxes.

He added that some 97,000 small and medium enterprises (SMEs) would get more cash due to lowered taxes and could expand their businesses, thus generating more jobs.

Trabaho aims to gradually cut corporate income taxes down to 20% and remove redundant fiscal incentives. (READ: EXPLAINER: Why the government is pushing for 2nd TRAIN package)

Chua also said the bill features some P500 million of adjustment funds per year, part of which can be used for cash grants just in case some workers get laid off. An additional P500 million would be allocated for skills upgrading. (READ: PEZA, Board of Investments challenge 2nd TRAIN package)

He clarified that these provisions are only “precautionary” and do not mean that the economic team is anticipating massive job losses.

(Like in our budget, we have many funds like the calamity fund. We’re not saying that there is a calamity, but just in case there’s one, we would be ready and not wait for the long process of budgeting.)

The DOF initially proposed that the measure be revenue-neutral, but its current form now entails a loss of some P62 billion yearly. The agency originally aimed to seek P26 billion in savings before corporate taxes are cut.

Chua also dismissed speculations that Trabaho would further push inflation up. He said any rise of prices under the new tax regime would not arise from the measure. – Rappler.com