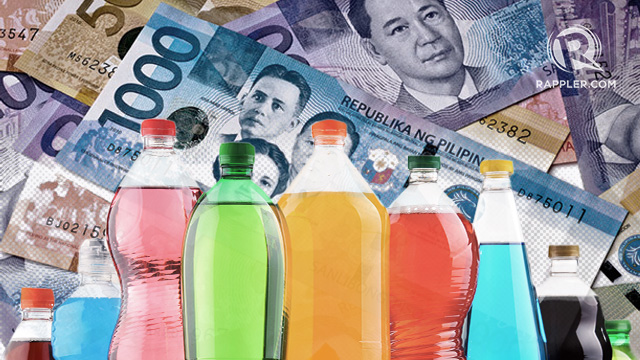 For retailers such as sari-sari store owners who sell sugar-sweetened beverages, do they have to file and pay the excise tax on their own?

No, according to Revenue Regulations No. 20-2018, the excise tax will be imposed on manufacturers or importers. Persons who have possession of sugar-sweetened beverages whose excise tax has not been paid are also liable to pay.

Since the excise tax needs to be paid before being circulated, by the time it has reached retailers, the tax would already have been paid.

I was watching the news and heard that the BIR has not yet reached its target collection for the excise tax on sugary drinks. How can we guarantee that the right taxes are being collected?

Nueva Ecija 1st District Representative Estrellita Suansing commented that the Bureau of Internal Revenue (BIR) should collect the P12 excise tax, unless proven that the product is subject to the P6 tax instead. However, according to BIR Deputy Commissioner Marissa Cabreros, even if the initial imposition is P6, the BIR can still collect a P12 tax if the initial imposition is found to be wrong.

There are also penalties imposed under Revenue Regulations No. 20-2018. Manufacturers who are found to have misrepresented their inventory list will be penalized with a revocation of their permit. They will also be liable to pay deficiency taxes, surcharge penalty, and interest penalty.

These penalties are imposed by the ongoing tax reform and implemented by the BIR’s regulations. While the tax reform is widely-publicized, the various issuances could be overlooked and cause unnecessary penalties. Tax seminars are a good way to learn tax compliance, but these seminars forego the benefit of an interactive discussion. A more exclusive tax coaching will be suitable for addressing specific concerns.

The Asian Consulting Group, the Philippines’ first Tax Hub, provides an Exclusive Tax Coaching (ETC) for startups and MSMEs to help them understand and comply with basic tax regulations. To learn more about ETC, you may e-mail us at consult@acg.ph or call (02) 622-7720.

If you have more questions about taxes, just tweet @AsktheTaxWhiz and use #AskTheTaxWhiz or like our Facebook page, The Philippine Tax Whiz, for free tax updates. – Rappler.com