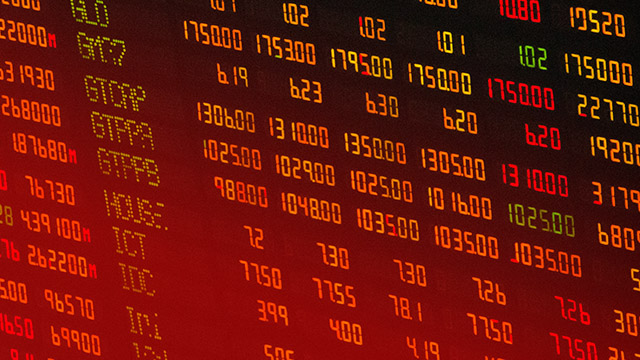 MANILA, Philippines – Philippine shares were in the red, feeling the onslaught of regional markets being sold down on higher volumes.

The local bourse is down by 21.09% year-to-date and has been suffering net foreign outflows for 31 straight days.

The PSEi reached its peak of 9,078.37 last January, before tumbling down to the 7,000-levels in April until October. 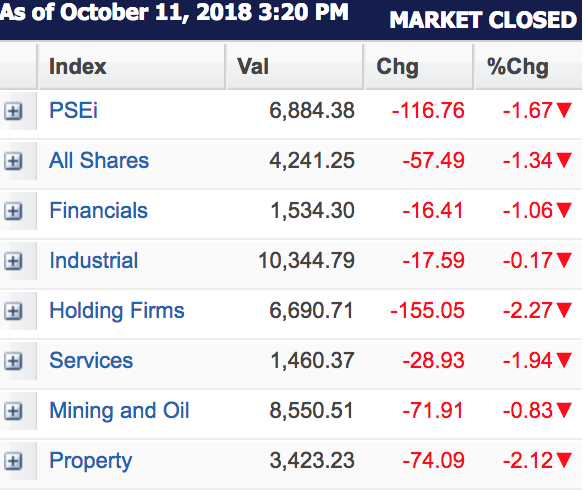 Top losers for the day were mostly companies related to the bid for the country’s 3rd major telecommunications player.

IMF cut its outlook for global Gross Domestic Product (GDP) by two-tenths to 3.7% for 2018 and 2019 amid a worsening outlook for developing economies.

Meanwhile, Luis Limlingan, Managing Director of Regina Capital said that the Philippines was affected by US stocks tumbling amid “fresh concern about the impact of the trade war with China.”

Limlingan sees the support level at this point to be at 6,800.

With relatively cheaper stocks overall, is it now time to buy?

Limlingan said that it is, but hoped that inflation will not peak by the end of the year.

Ramos also said that there are buying opportunities with “some more volatility.” He also expected more stability after the 3rd quarter earnings of companies come out.