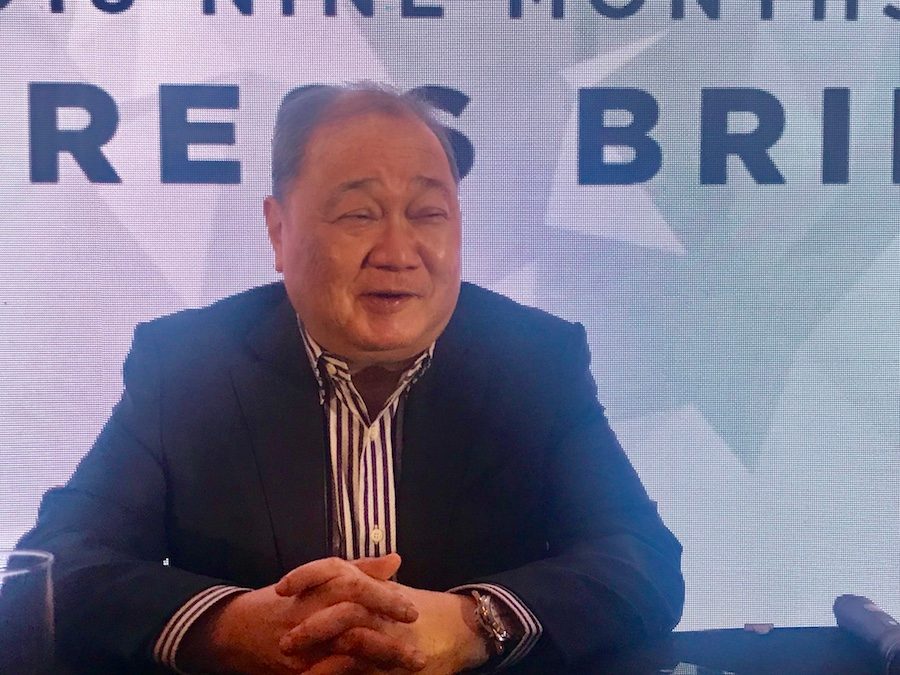 Facebook Twitter Copy URL
Copied
Tycoon Manny Pangilinan and other PLDT officials say the 3rd major telco player has a lot of catching up to do, particularly in terms of building infrastructure

“In respect to the first year, I think the impact would not be significant…impact on the market [and] on the revenue profile, because we are assuming the 3rd telco will have to build the relevant infrastructure,” Pangilinan said in a press briefing on Thursday, November 8.

Pangilinan said they expect the consortium to mostly be mobile-based.

PLDT and its subsidiary Smart Communications offer a wide range of services, including fixed line, cellular, and wireless connectivity.

Their home internet services are growing at a steady pace.

“They will have to look for sites for their towers, their antennas, and as you know, that takes a lot of time. For matured players like us and Globe, we roll out, complete 300 sites per year,” Espinosa said.

“If they have to roll out 2,000, 3,000 sites just to deliver the minimum, you can do the math and figure out how long it will take them to put the network in place,” he added.

Mislatel committed to cover at least 37% of the total area of the Philippines just in its 1st year of operations, with a speed of 27 Megabits per second (Mbps) on average. (IN CHARTS: Udenna Corp-China Telecom’s promises)

It also committed to spend P150 billion in its 1st year. – Rappler.com