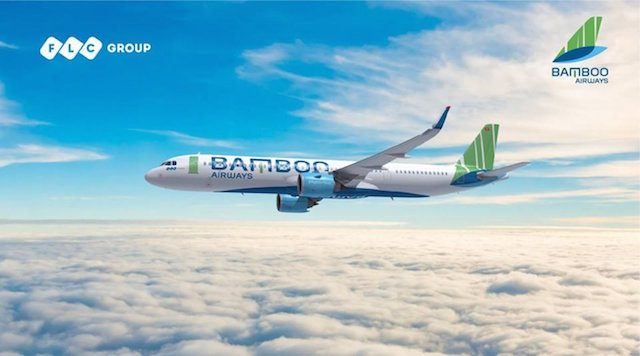 HANOI, Vietnam – Vietnam’s newest carrier Bamboo Airways has been granted a license to fly, officials and the airline said, paving the way for its inaugural flight in a region crowded with competitors.

Run by one of the country’s richest men, Bamboo will compete with well-established heavy hitters such as national carrier Vietnam Airlines and budget carrier Vietjet to serve a mushrooming middle class with growing appetites, and budgets, for travel.

Vietnam’s Transport Ministry said Bamboo’s official aviation license had been approved and that it would aim to operate 100 routes, including to lesser-traveled destinations in Vietnam and elsewhere in Asia, with plans to eventually fly to North America.

The airline is owned by Trinh Van Quyet, who heads the FLC property empire that includes lush beachside resorts, golf clubs, and luxury condos across Vietnam, a country still under one-party communist rule.

Bamboo has already signed up to buy 20 of Boeing’s 787 Dreamliners worth $5.6 billion and committed a further $3.2 billion to buy 24 Airbus A321neo planes.

The airline said its inaugural flight, originally scheduled for last month, should take place before the end of the year.

“We have conducted a flight test, the results show that the aircraft fully meets technical specifications [and is] ready to go into operation,” chief executive officer Dang Tat Thang said in a statement.

Bamboo is hoping to steal customers from competitors by luring them to off-the-beaten-path destinations in Vietnam such as Quy Nhon and Thanh Hoa and by offering bundled travel packages to FLC resorts.

But analysts say the outdated model may not work in an era where most travelers can easily tailor holidays online, and wonder whether Bamboo’s big bet will pay off in Southeast Asia’s busy aviation market.

Quyet told Agence France-Presse in an interview earlier this year that he is certain the airline “will be huge” and expects to make a profit soon after launch.

Born to a poor rural family near Hanoi where life among bamboo trees inspired the airline’s name, he now runs FLC Group with a market capitalization of around $200 million.

Vietnam’s aviation sector has soared in recent years, with passenger numbers jumping to 62 million last year from 25 million in 2012.

There are already 6 commercial aviation licenses granted in Vietnam, including for a chartered helicopter service and a seaplane carrier.

Faced with increasingly squeezed airport capacity and tough competition across the region, in particular from budget airlines like AirAsia and TigerAir, the market has shown signs of cooling.

In 2009, Vietnam’s first operational private airline Indochina Airlines ceased operation after just one year in the market due to financial troubles. – Rappler.com