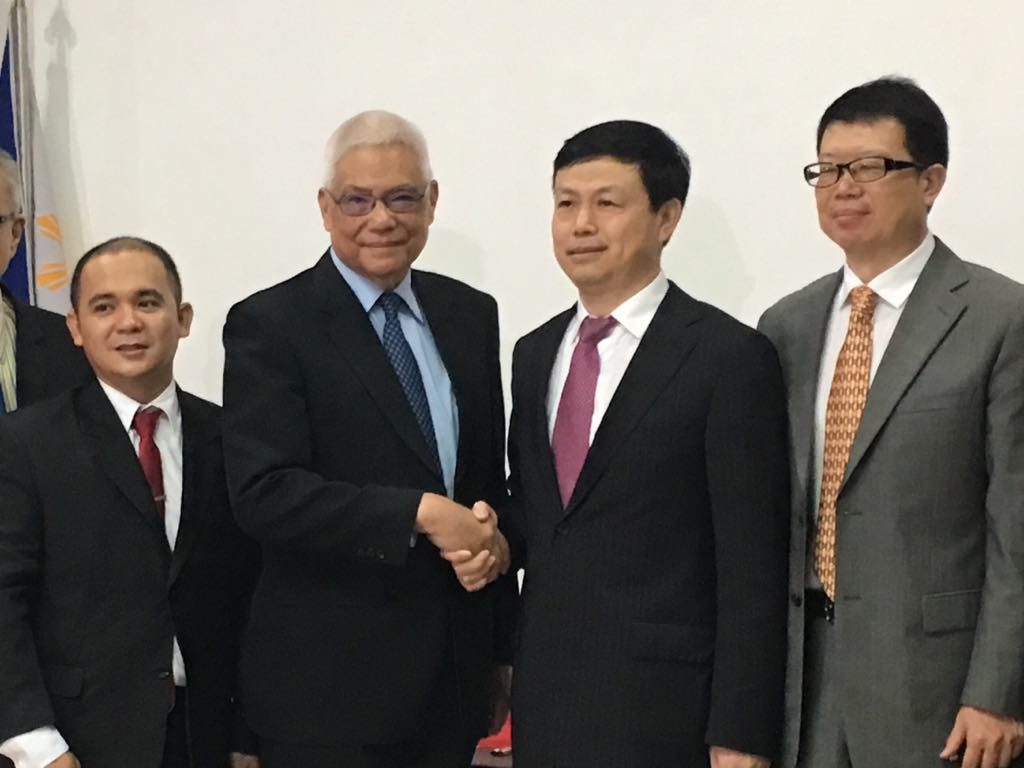 The two signed a joint letter of intent on Tuesday, November 20, for a feasibility study to build a cable landing station and will make use of China Telecom’s existing submarine cables.

The ceremony was held ahead of Chinese President Xi Jinping’s arrival to the Philippines for his state visit.

“I believe China and Filipino people have a long term friendship. We believe [President Xi’s visit] will promote the friendship and enhance collaboration,” Yang said.

Under the proposal, China Telecom’s international submarine telecommunications cable will directly connect Hong Kong, the United States, and the Philippines. The facility will use optical fiber technology to carry signal and digital data, including telephone and internet traffic, across oceans and seas.

DICT Acting Secretary Eliseo Rio Jr said the deal will result in a government facility that will be open to all telco players, including giants Globe and Smart.

“This will make our internet connectivity very much faster and cheaper,” Rio said.

China Telecom is part of the Mislatel consortium which was recently named as the 3rd major telecommunications player.

The signing for the facility excludes Dennis Uy’s Udenna Corporation. Rio said that this was planned even before talks of putting up the 3rd telco player. – Rappler.com