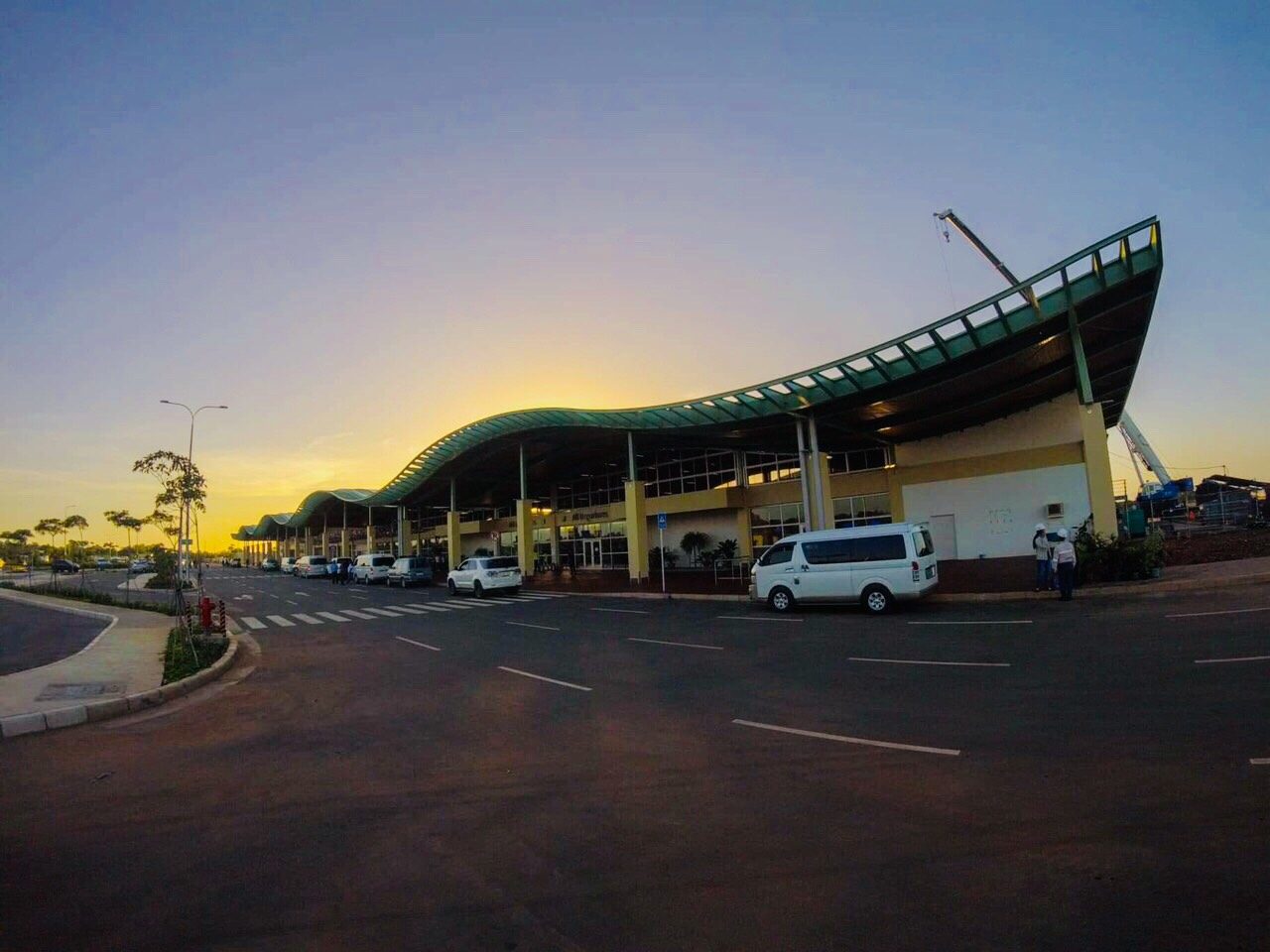 Facebook Twitter Copy URL
Copied
The Bohol-Panglao International Airport will open on November 28, 2018, ahead of the original target of 2021

President Rodrigo Duterte led the inauguration of the new airport on Tuesday, November 27, with transportation, tourism, and provincial officials.

The new airport is built on a 220-hectare site in Panglao Island, which is 10 times bigger than the Tagbilaran Airport. It can accommodate up to 650 passengers during peak hours, up from Tagbilaran’s 400-passenger capacity, and up to two million passengers yearly.

The new airport is also “night-rated,” allowing flights during the evening – a feature that the Tagbilaran Airport does not have.

Starting Wednesday, all flights from the Tagbilaran Airport will be transferred to the new airport. Construction of the airport began in 2015 during the Aquino administration. By the time the Duterte administration took over, the project was 48% delayed, according to the Department of Transportation (DOTr).

The project was then fast-tracked for completion in 2018, ahead of the original target of 2021.

Dubbed the “Green Gateway to the World,” the Bohol-Panglao International Airport boasts solar technology for its hot water supply system, which could prevent as much as 18 tons of carbon dioxide emissions per year.

It also adopted a rainwater catchment system to reduce the load on the drainage system. All collected rainwater will be used for domestic purposes. The DOTr also said that the new airport’s landscape includes around 1,700 trees, thousands of shrubs, and 11 hectares of sodding or grass.

To compensate for the trees cut to build the airport, some 624,100 seedlings are being planted to boost greenery in the area. – Rappler.com