Starbucks’ expansion runs out of steam in South Africa 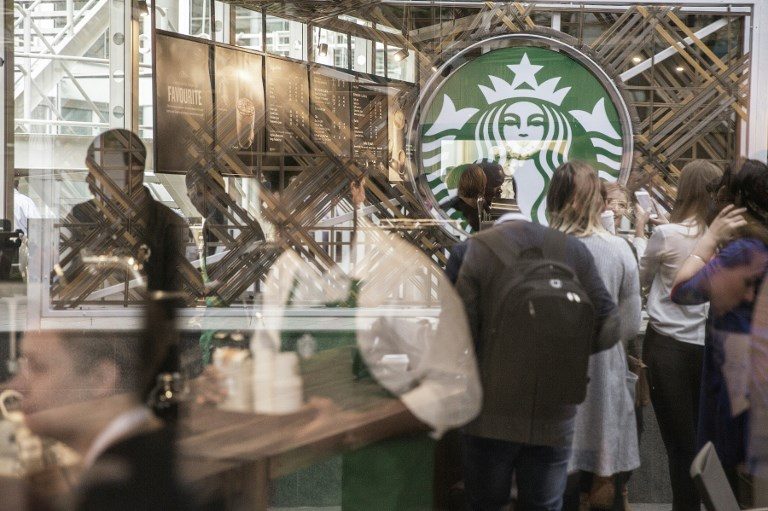 JOHANNESBURG, South Africa – High operating costs and tight customer budgets have left US coffee giant Starbucks needing a caffeine hit after it abandoned ambitious expansion plans in South Africa – seen as a foothold for the continent.

Starbucks looked set to take the country by storm when the opening of its first store in the Rosebank district of Johannesburg in April 2016 attracted big crowds who queued for hours to taste their famous coffee and enjoy the cafe experience.

“We thought they were going to run out of coffee before we could get a chance to taste it,” Irshaan Mohammed, who is still a loyal customer at the flagship store, told Agence France-Presse.

“We couldn’t believe how many people had actually come here.”

Mohammed, 23, said he loved “choosing ingredients and hanging out” at Starbucks, but “when it comes to my bill I always worry that I am paying too much.”

Local licensee Taste Holdings has opened 12 Starbucks cafes across Johannesburg, Pretoria, and Durban. It had hoped to have 45 stores open by 2020 – with a peak target of 150 countrywide.

But further openings have now been ruled out as the company struggles to control operational costs and debt.

Taste last month announced it would “pause the expansion,” saying “whilst the Starbucks’ store network is profitable (before debt interest and tax), it is not producing the required return on the store investments.”

In its latest financial report, Taste said its food divisions operating costs increased by 7% in the 6 months to August, “largely as a result of the operating costs of Starbucks doubling since the comparative period due to the addition of 8 stores.”

Michael Trehene, market analyst at Vestact, told Agence France-Presse that the Starbucks name was strong in South Africa but “the current model is simply too expensive to operate.”

There is no Starbucks in the country’s fashionable tourist hub of Cape Town, despite Taste announcing plans to open there as far back as November 2017.

“Places like Cape Town are affluent enough to sustain a few stores… (but) the coffee is expensive, which makes it unaffordable for a large part of our population,” Trehene added.

“Sure, it is a big brand, but what does it cost to give that product to your consumer?” he said. “You have to import all your ingredients and materials.”

The company sources coffee from 9 countries in Africa along with small-batch reserve coffees from around the world.

“For Starbucks to really make a profit they have to bring the costs down significantly but at the same time you need scale and selling more units,’ said Treunicht.

But cost-cutting is tricky at Starbucks where prime store locations, branded products, and fast wi-fi are internationally standardized – as well as having your name scribbled on your takeaway cup.

The South African coffee market is also competitive with the likes of Bean There, Father Coffee, and many independent outfits targeting middle-class consumers in cities.

A small cup of Starbucks flat white costs 30 rand ($2), while a similar order at Father coffee costs 22 rand and 26 rand at the Vida e Caffe chain.

South Africa’s middle-class has been under pressure from slow economic growth, while the country is one of the most economically unequal in the world with 27% of the population jobless.

Starbucks, which operates more than 22,000 cafes worldwide, has a presence in only two other African countries – Egypt and Morocco.

Taste’s entire food division, which includes brands like Domino’s Pizza, has failed to make profit since 2015. It had to be refinanced by shareholders last February to the tune of $27 million to pay off its debt.

It has also secured a $14-million loan from its now majority shareholder, the Riskowitz Value Fund, and may seek fresh refinancing in the near future.

But Taste is optimistic and says that after securing long-term funding it hopes to reconsider its Starbucks plans. Now they need to convince consumers.

“I only come here when me and my mom meet once a month, she loves it,” said 25-year-old administration clerk Lerato Sedibeng. “I personally can’t afford this coffee on my budget.” – Rappler.com