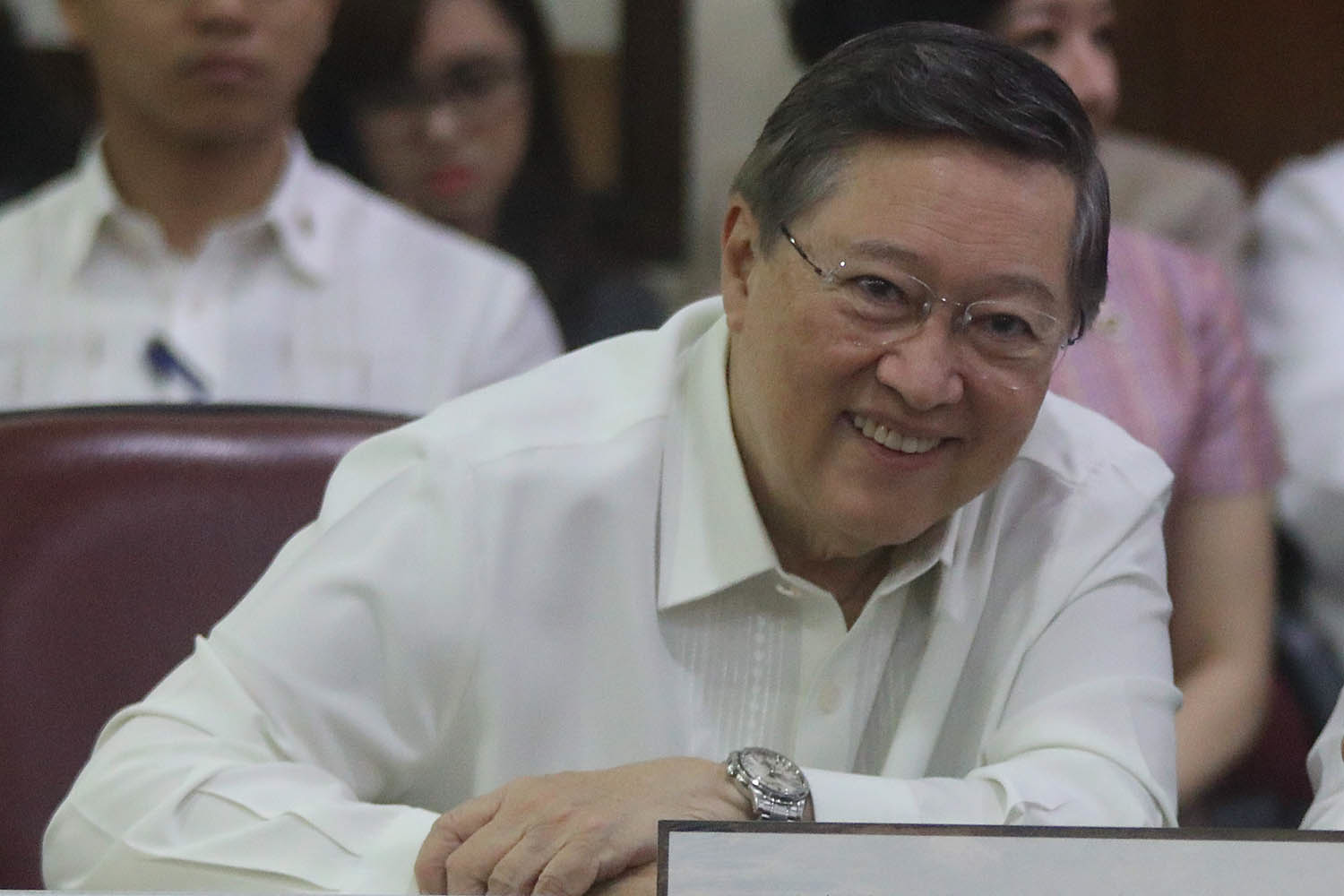 MANILA, Philippines – The Department of Finance (DOF) wants the Congress to know that the agency is “available 25/8” for last push discussions if that’s what it takes to pass the Trabaho bill and other tax reform packages.

“The Department of Finance remains optimistic that the proposed reduction in the 30% corporate income tax (CIT) and the overhaul of the fiscal incentives system, along with the rest of the tax reform packages proposed by the Duterte administration, would be approved by the Congress this year,” the DOF said in a statement on Tuesday, January 1.

Reelectionists in Congress, including Senator Juan Edgardo Angara who chairs the Senate ways and means committee, are said to distance themselves from the measures as it would hurt their reelection bids, according to think tank Action for Economic Reforms.

Finance Secretary Carlos Dominguez III said he “acknowledges the proximity of the May 2019 elections, which could dim hopes on getting the tax reform packages approved in the current Congress.”

But Domingez said the DOF is ready to talk in the run-up to the elections in order to have the bills passed in the current Congress.

“We will discuss again with them (legislators) and see how we can push (the tax reform packages),” Dominguez said.

The Trabaho bill is bogged down by perception of job losses despite assurances from the DOF that it will lead to growth in priority sectors. (WATCH: Rappler Talk: Dissecting the Trabaho bill)

Angara previously said the Senate would not proceed with the deliberations “unless the government can present definitive data on the impact on jobs.”

“We are always supportive of our legislators when they require technical data and analysis for these proposed tax reforms. We are available 25/8,” said Finance Assistant Secretary Antonio Joselito Lambino II.

Aside from the Trabaho bill, the DOF said it is also pushing for the remaining tax reform packages under the first tranche of the Comprehensive Tax Reform Program (CTRP) of the Duterte administration.

The CTRP packages still pending in Congress are:

Dominguez defended Package 2, which are staggered cuts in corporate income tax from 30% to 20% over a 10-year period. He said it will energize the small and medium-sized enterprises or SMEs.

“[Package 2] will spare Filipino taxpayers from subsidizing the profits earned by a select group of corporations enjoying redundant incentives in a convoluted system,” Dominguez said.

He added: “Contrary to the perception poised by tax reform critics, the Duterte administration’s plan will not eliminate incentives for investors but would even improve them by offering a better set of perks that includes the following: 50% deduction on incremental labor costs; 100% deduction on training, research and development; and 50% deduction on purchases of local raw materials.” – Rappler.com