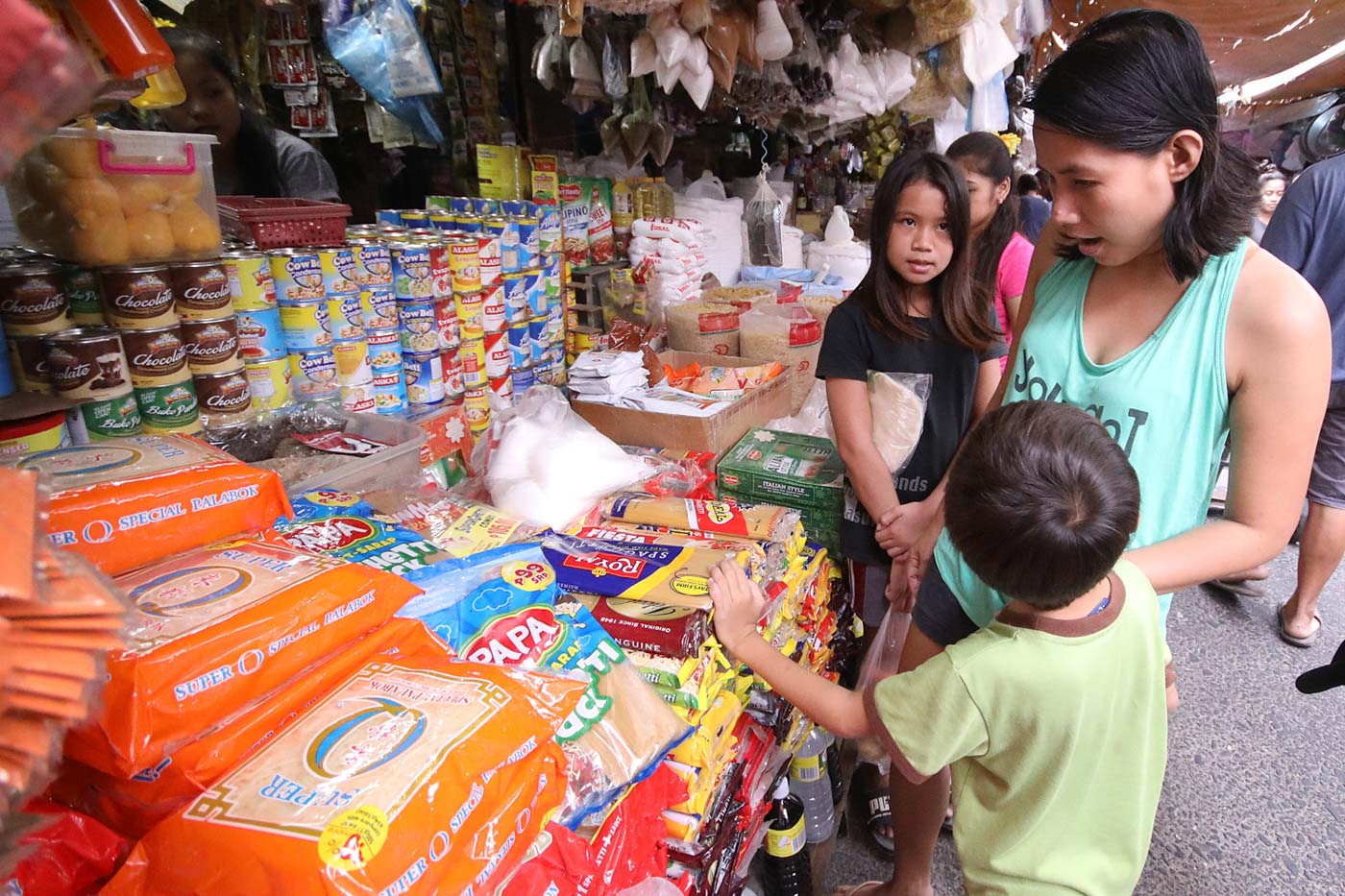 MANILA, Philippines (UPDATED) – The Philippines’ inflation crisis showed signs of easing, as the rate slowed down to 5.1% in December 2018, the Philippine Statistics Authority (PSA) announced on Friday, January 4.

December is usually the month when inflation kicks higher as people have more cash to burn and consume more than the usual. However, inflation for the month was 0.9 percentage points lower than November’s 6%.

The cooling of what was dubbed 2018’s top economic story came as prices of petroleum in the global market significantly dropped.

The rice supply for the month was also abundant due to harvest season and the Philippine peso slightly strengthened.

The slowdown was mainly driven by the slower annual increments in food and non-alcoholic beverages at 6.7% and transport at 4%.

Lower annual increases in alcoholic beverages and tobacco (21.7%); housing, water, electricity, gas, and other fuels (4.1%); furnishing, household equipment, and routine maintenance of the house (3.8%); as well as restaurant and miscellaneous goods and services (4.3%) were also recorded in December.

December’s figure is lower than the projected range of the Bangko Sentral ng Pilipinas of 5.2% to 6%.

Inflation in the National Capital Region (NCR) was lower than the national average at 4.8% in December. This is also lower than the 5.6% recorded in November.

All the regions outside NCR recorded slower inflation in December compared with their November rates.

Among the regions, the lowest annual markup of 3.4% was observed in the Cordillera Administrative Region.

Inflation remained elevated in the Autonomous Region in Muslim Mindanao at 7.5%.

The government’s economic team expects inflation to fall within the target range in 2019. – Rappler.com