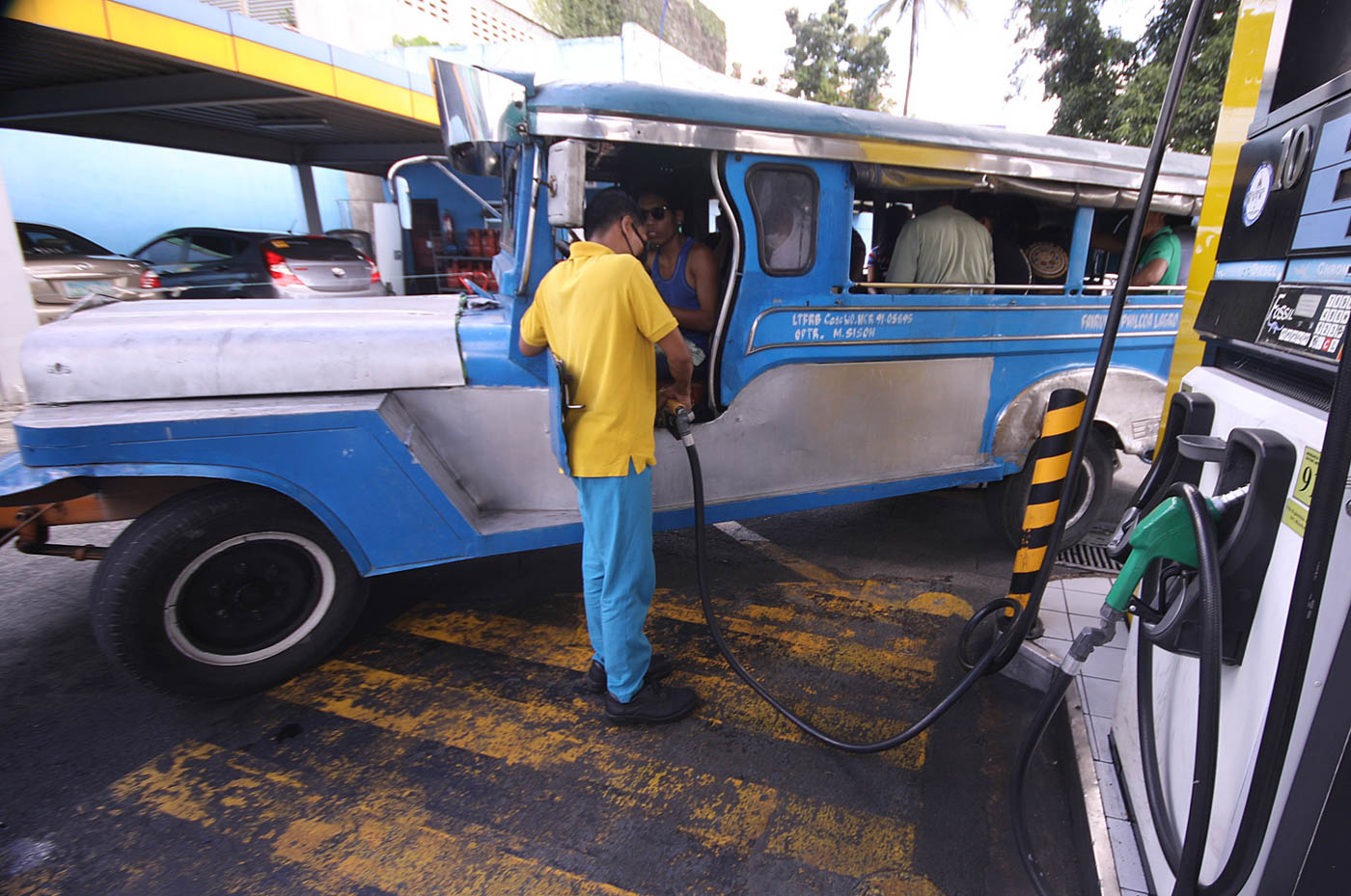 Caltex, Shell, PTT Philippines, Petrogazz, Phoenix Petroleum, and Eastern Petroleum will increase P0.70 per liter on diesel and P0.80 per liter on gasoline.

The changes will be implemented starting 6 am Tuesday.

The agency said the increases are due to the price movements in the global market and are not due to the higher excise tax as specified under the Tax Reform for Acceleration and Inclusion (Train) Law.

The agency said most gas stations would implement the higher excise tax between January 15 and February 1.

The DOE said that only 32 Flying-V and 268 Petron gas stations had implemented the hikes after their stocks were depleted.

Fuel prices will remain frozen for 15 days in areas that were placed under a state of calamity.

Gas prices have been low compared to last year’s prices due to tumbling prices in the global market.

The DOE said the steep declines in the world market will cushion Filipinos from the effects of the Train Law. – Rappler.com