Philippines’ ‘more fun’ slogan in 2019 to focus on sustainable tourism 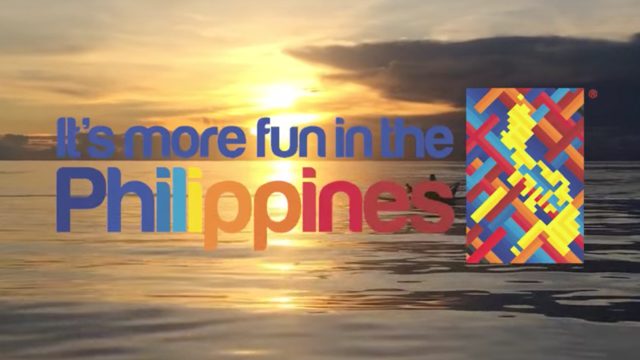 Facebook Twitter Copy URL
Copied
The Philippines will be marketed as 'one of the pioneering countries for sustainable tourism,' the Department of Tourism says

MANILA, Philippines – It’s still “more fun” in the Philippines, according to the government, but only if tourism is sustainable.

In a statement on Friday, January 25, the Department of Tourism (DOT) said that a “refreshed” campaign will be launched internationally promoting the Philippines as a “premiere sustainable tourism destination.”

“The concept of fun is now redefined to include responsibility in taking care of our tourist destinations to sustain the ‘more fun’ experience for future generations,” Tourism Secretary Bernadette Puyat said.

The Philippines will be marketed as “one of the pioneering countries for sustainable tourism,” the DOT said.

This comes as the Philippine government bats for environmental compliance in tourism destinations, starting with the 6-month closure of world-famous Boracay Island. The island’s rehabilitation is still ongoing, but it has been “cleaner” since it’s reopening. (READ: Which tourist spots will be rehabilitated after Boracay?)

Advertising agency BBDO Guerrero Inc was awarded the contract to refresh the “It’s More Fun” branding. It was BBDO Guerrero that conceptualized the campaign in 2011 for the DOT, bagging several awards for it in the past years.

DOT said Touch XDA Inc will be the media planning and buying agency for the campaign’s international placements.

Meanwhile, DDB Philippines Inc will spearhead a comprehensive research study on responsible tourism in the country.

“Expect that in the coming months and throughout the year, the DOT will be aggressive in promoting the best of the Philippines to our international source markets,” Puyat said.

The “It’s More Fun in the Philippines” campaign was officially launched in 2012. It replaced the “WOW Philippines” tourism brand which started in 2002.

Former tourism secretary Wanda Teo planned to scrap the campaign for 2017 and replace it with “Experience Philippines” but the tourism branding video was widely criticized, with people saying it was similar to a South African tourism ad.

Puyat retained the “More Fun” campaign when she was appointed DOT chief mid-2018.

The Philippine government broke its tourism record once again, with more than 7.1 million foreign visitors arriving in the country in 2018. – Rappler.com