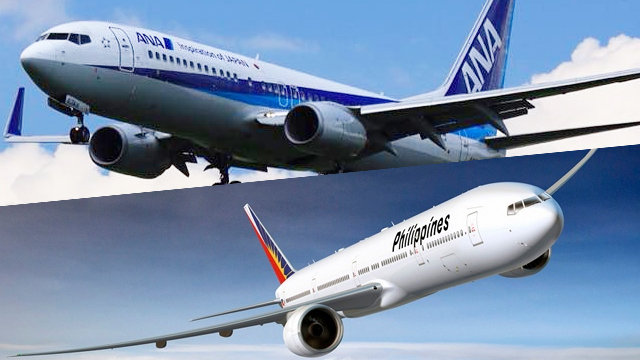 In a joint statement on Tuesday, January 29, the firms said that ANA Holdings bought 9.5% of shares and will invest $95 million in PAL’s parent firm PAL Holdings.

The firms said completion of the investment is “subject to certain closing conditions.”

According to PAL, the shares will be acquired from Trustmark Holdings Corporation, which is owned by Lucio Tan’s family.

PAL president Jaime Bautista noted that the purchase was done as the flag carrier commemorates its 70th year of service in Japan.

“It is a great privilege to celebrate this historic occasion by strengthening our ties with ANA, as we aim to build a relationship that is mutually beneficial with an eye to a more progressive future,” Bautista said.

ANA Holdings president and chief executive officer Shinya Katanozaka said the acquisition of PAL shares would help them “serve the passengers even better.”

“Asia is a key growth market and we believe Philippine Airlines is in an excellent operational position to capitalize on both the strong uptick in air traffic growth as well as the vibrant, expanding Philippine economy,” Katanozaka said.

The PAL deal came after ANA Holdings acquired an 8.8% stake in Vietnam Airlines in 2016.

The acquisition ended PAL’s years-long search for a foreign investor, as it seeks to obtain a 5-star rating from London-based Skytrax. At the moment, it is the Philippines’ first and only 4-star airline.

ANA, Japan’s largest airline, was founded in 1952 and has had a 5-star airline rating since 2013. It has a fleet of 260 aircraft and carried 53.8 million passengers in 2017. ANA was also recognized as Airline of the Year thrice in the past 10 years. – Rappler.com